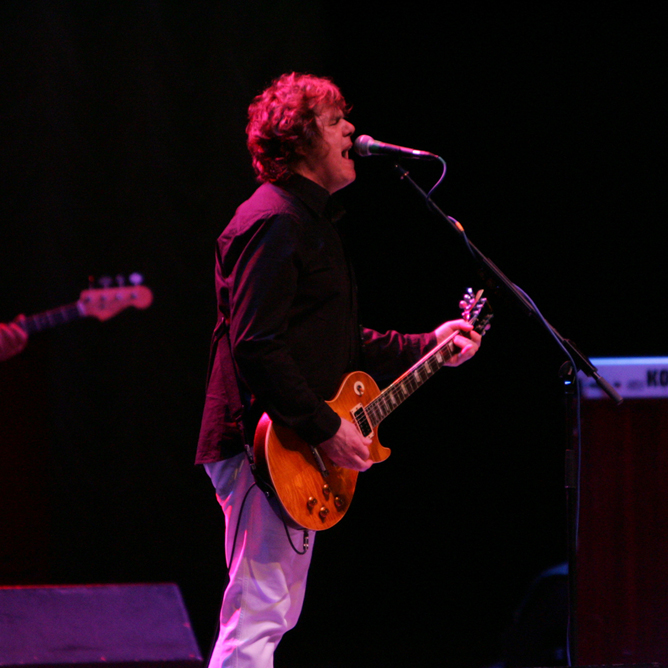 Gary Moore is one of the most iconic, highly revered guitarists in history, with countless musicians citing his playing style and sound as an inspiration. We take a look at the history, techniques and playing style of the blues guitar legend.

Born in 1952 in East Belfast, at a young age Gary became interested in the music industry. Learning to play the guitar at 10 years old, he was instantly hooked and dedicated his time to playing. He began playing at local clubs and became friends with guitar legend Rory Gallagher. Playing in his teens he was noticed by the Irish band Skid Row, where he met Phil Lynott.

Eventually Phil would leave to start the band Thin Lizzy and Gary Moore would continue with Skid Row, after a fateful meeting with Fleetwood Mac guitarist Peter Green the band got signed and headed over to England to tour.  Moore eventually joined Thin Lizzy, touring and working on multiple albums. Gary wrote the iconic piece ‘Parisienne Walkways’ with Phil before leaving Thin Lizzy during a US tour.

Despite the volatile relationship between Phil and Gary they continued to work on music together until Phil passed away. Gary Moore continued to work on solo music in a variety of genres and styles. In the early 90’s he returned to his classic blues tropes and released ‘Still Got The Blues’ which went on to become his most iconic release. Moore died in 2011, his music is still played by many musicians today.

Moore began using a telecaster, but the guitar he’s most synonymous with is ‘Greeny’ - a 1959 Gibson Les Paul sold to him by Peter Green. The guitar was sold to Metallica guitarist Kirk Hammett in 2014 for an estimated $2 million. Gary released multiple signature guitars and wasn’t afraid to use different styles for different genres, playing everything from Stratocasters to all out-metal machines with Floyd rose tremolos.

The amplifiers he used were almost exclusively Marshall, using the JCM 2000 DSL100, JCM 800, 1959 Superlead, JTM45 and 1962 Bluesbreaker in his music career. Although his tone came primarily from the classic Gibson and Marshall combination, Gary would use chorus, distortion, delay and reverb pedals to colour his sound for specific phrases. He also used the Marshall Guv’nor pedal for his tone on ‘Still Got the Blues’. 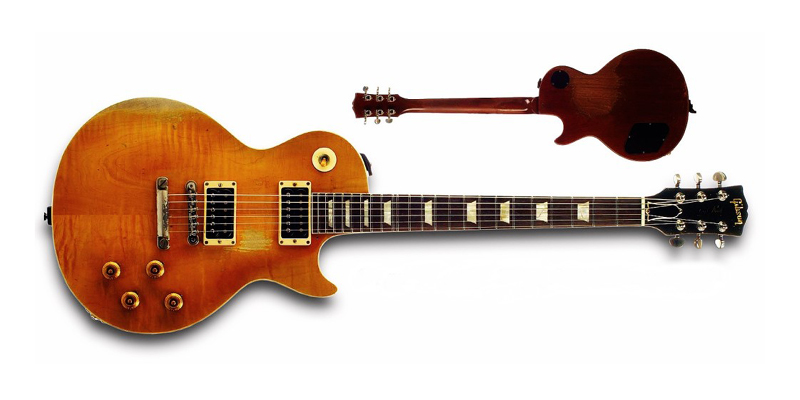 It would be a sin to mention Gary Moore and not mention the blues, noting his influences from blues legends such as BB King, Albert King, John Mayall and more. Gary Moore’s style of playing is rooted in blues, though he consistently broke out of that stereotype throughout his career and showcased his true speed and technique in tracks such as ‘Out In The Fields’. His speed and passion when playing all-out rock is widely celebrated, but Gary’s playing is frequently described as melodic, particularly in the post-Thin Lizzy era. He was a master of phrasing and never over-complicated his lead lines, striking a perfect balance between technique and style, prioritising emotional resonance. This can be heard clearly in ‘Parisienne Walkways’.

To get closer to playing like Gary, get comfortable with the minor pentatonic scale, focus on the basic box positions and bends (Gary was well-known for his huge, sustaining bends), be sure to master your hammer-ons and pull-offs and don’t over complicate things.

B.B. King
The King of Blues spent 70 years performing his unique blues with his trusty guitar Lucille by his side. We explore how he stood out.
Eric Clapton
Eric ‘Slowhand’ Clapton has been inducted into the Rock & Roll Hall of Fame, but what’s the history, gear and playing style behind the music?
Stevie Ray Vaughan
Arguably one of the most prolific, inspiring and often imitated guitar players of all time, we look at what made Stevie Ray Vaughan an icon.
Jimi Hendrix
When you think electric guitar, Jimi Hendrix will usually spring to mind. We look into the history, playing style and use of equipment that are now so crucial to music history.
Angus Young
Angus Young is an Australian guitarist, known for his schoolboy-outfit, Gibson SG and duck-walking in the hard classic rock band AC/DC.
St Vincent
We take a look at the history, playing style and gear used by influential guitarist Annie Clark as part of the Grammy award winning St Vincent.