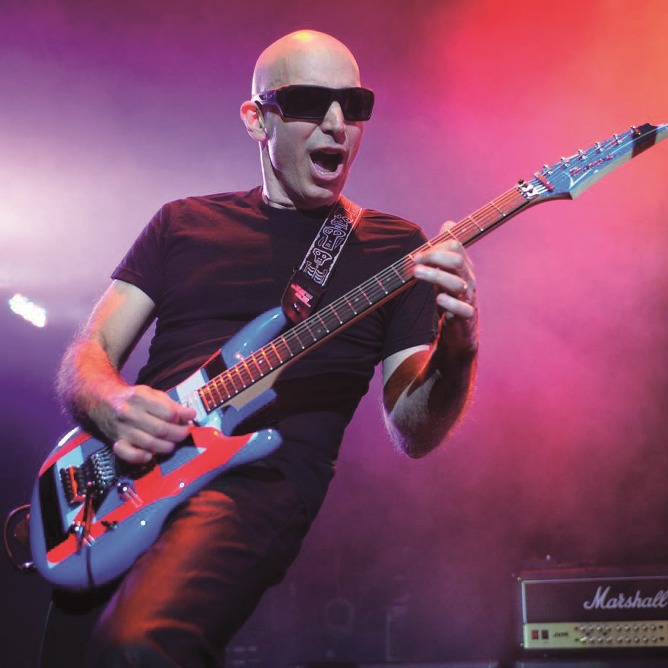 A virtuoso that needs little introduction. We dive into the history, gear used and playing style of legendary guitarist and alien surfer - Joe Satriani. 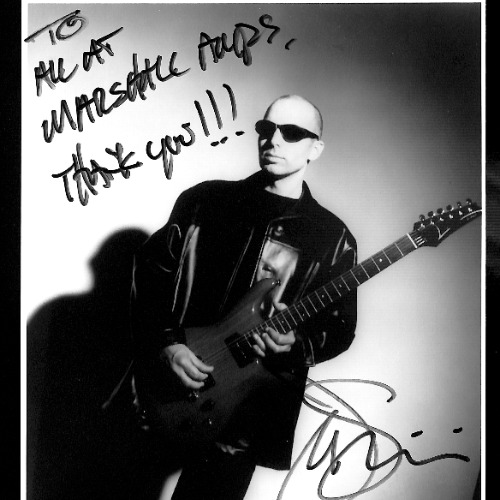 Born in New York in 1956, Joe was inspired to play guitar at 14 following the death of his idol, Jimi Hendrix. In the early seventies Satriani began studying music and subsequently began teaching guitar. Some of his most notable students include guitar legend Steve Vai, Kirk Hammett of Metallica and David Bryson of Counting Crows. In the late seventies Satriani began playing with San Fransisco band ‘Squares’ before deciding to focus on his solo work.

In 1987, Satriani’s second album ‘Surfing With The Alien’ broke through and the title track went on to be a radio hit. An instantly recognisable song to guitarists around the globe, the track begins with a classic driving rock sound, but is accompanied with a searing phaser sound on the lead guitar (and of course, some brilliant guitar solos!). This is where Satriani’s signature tone began to come through and established him as an icon in the guitar world.

Following more album releases and also a catalogue of movie soundtrack features, Joe went on to join Deep Purple as a temporary guitarist in 1993. Following this in 1996 Satriani founded G3. A tour focused on a rotating trio of guitar players. Beginning with Satriani, Steve Vai and Eric Johnson, other guitarists included were Yngwie Malmsteen, John Petrucci, Robert Fripp and many more. 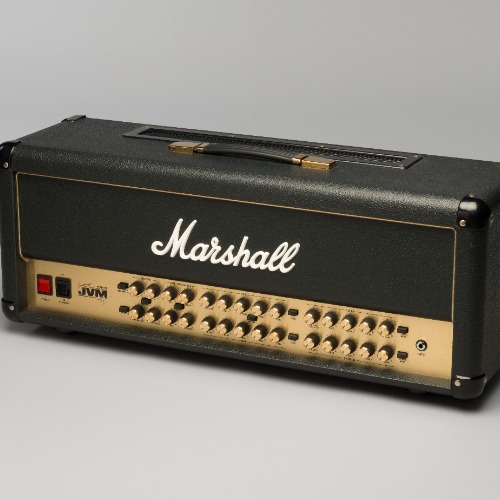 Satriani plays Ibanez guitars and has his own JS Series line, Most notably he uses the iconic chrome version - which goes by the name of ‘Chrome Boy’. The JS series features variations of hum buckers and single-coil sized rail pickups along with 24 fret necks that are modified to keep the neck pickup as close to the correct position of a humbucker as possible.

Joe is also a big Marshall user, who was known for touring with the JVM series before his signature amplifier - the JVM410HJS was created (Listen to the JVM410HJS here). These amps replaced the reverb section with noise gates that eliminate any unwanted hum and create a tighter sound. The clean channel was also replaced with a 6100LM Model clean channel. Alongside this the Orange and Red channels of the JVM were modified to Joe’s tastes.

Satriani is an incredibly accomplished player who adopts a myriad of playing techniques, such as two-handed tapping, pinched harmonics, huge whammy bar effects and more.

One thing that Joe does incredibly well is combining accuracy with speed. He’s a super fast player in passages but knows when to let a single note sing and not overcomplicate main melodies of tracks. (Take ‘Surfing With The Alien’, ‘Always With Me, Always With You’ or ‘If I Could Fly’ for example) Keeping main melody lines simple and memorable whilst showing technical skill throughout the rest of the track.

Satriani is not afraid to live high up on the fret board, with screeching bends and runs performed above the 12th fret with ease. He is influenced by guitar legends but also by jazz fusion guitarist Allan Holdsworth. With large chord changes and irregular patterns you can hear the jazz influence alongside the classic overdriven, EVH style tones throughout his music.

Eddie Van Halen
We take a brief look into a guitar pioneer who inspired a generation with his unique sound and tapping techniques.
Yvette Young
A truly distinctive player, Yvette Young of COVET combines piano-style chord tapping with unique chords and heavenly tunings.
John Mayer
A songwriter that has navigated pop, blues and country. We look at the history, playing style and gear used by John Mayer.
Jennifer Batten
Jennifer Batten famously played for Michael Jackson as well as Jeff Beck. Take a look at her upbringing, gear used, and unique playing style.
Slash
Undoubtedly one of the most legendary guitar players in rock music, we take a look at the history, playing style and gear used by Slash.
Sister Rosetta Tharpe
As ‘The Godmother of Rock & Roll’, Sister Rosetta Tharpe had an enormous impact on the guitar world with her contributions.
Jeff Beck
Seen as one of the greatest of all time, we walk through the history of legendary guitarist Jeff Beck and look at his techniques and gear used.