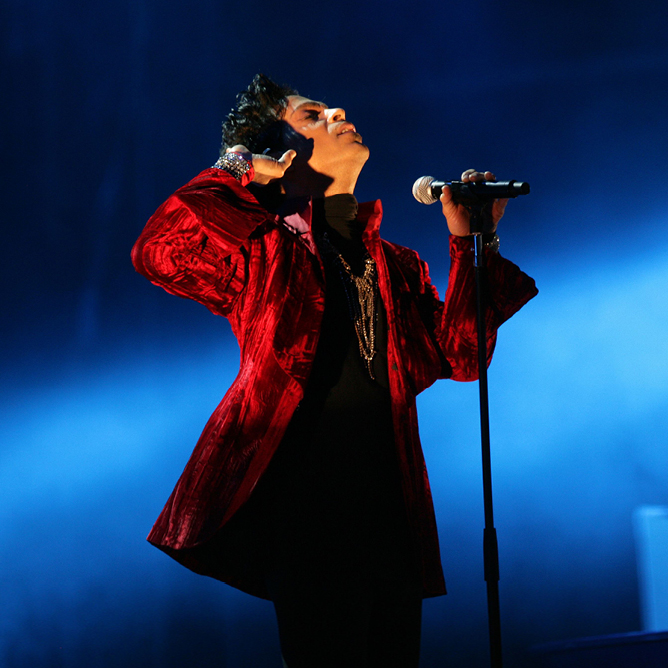 Songwriter, dancer, actor, director, producer and engineer are just a few of the titles that Prince held and championed throughout his musical legacy. In this article we take a look at ‘The Purple One’s history, playing style and the equipment he used throughout his career.

Prince was born in Minneapolis, Minnesota in the late fifties. The son of two musicians, he was given his father’s stage name ‘Prince Rogers’. His parents encouraged his interest in music and by the time Prince was seven years old he had written his first song ‘Funk Machine' on his father’s piano. Following this, his step-father took him to see James Brown and got him his first guitar.

It wasn’t long before Prince was performing in bands and impressing people with his virtuoso playing. By 18 years old Prince’s demos had reached the ears of Warner Bros and Columbia Records, creating demand that led to him signing one of the largest contracts ever for a brand-new act. Shortly after Prince signed a deal, his first album ‘For You’ was created. Within the record deal Prince was named ‘producer’, which was an important factor as it enabled him to have creative control of the album. He wrote, produced and played all 27 instruments on the album. This creative control remained a constant throughout most of Prince’s career and set the blueprint for everything that was to follow.

In 1979 Prince recruited Doctor Fink, André Cymone, Bobby Z and Dez Dickerson to join his group and released the self-titled album ‘Prince’. The album sold over a million copies and featured the charting tracks ‘Why You Wanna Treat Me So Bad’ and ‘I Wanna Be Your Lover’. Prince had continued success with his albums ‘Dirty Mind’, ‘Controversy’ and ‘1999’, but it wasn’t until 1984 that he would release the album that would become synonymous with his music legacy.

By this point, Prince’s band were referred to as ‘The Revolution’ and Doctor Fink and Bobby Z were now joined by Wendy Melvoin and Lisa Coleman on keyboard and guitars. It was with the Revolution that Prince went on to star in the loosely autobiographical film ‘Purple Rain’. The movie grossed over 72 Million Dollars worldwide and won an Oscar for Best Original Song Score. The subsequent album of songs included the hits ‘Purple Rain’, ‘When Doves Cry’ and ‘Let’s Go Crazy’ and went 13x Platinum with over 25 million copies sold.

Prince was well known for his relentless work ethic. He went on to release two more films and over 30 albums, containing multiple hit singles. He also wrote countless songs for other artists and played alongside many more, including Chakka Khan, Madonna, Sinead O’Connor, Alicia Keys and many more. Prince often wrote for others or created his own music using pseudonyms such as The Kid, Joey Coco, Alexander Nevermind and Camille. However, his instantly recognisable guitar style and song structures meant that it usually wasn’t long before his fans discovered that Prince was the artist behind the music. 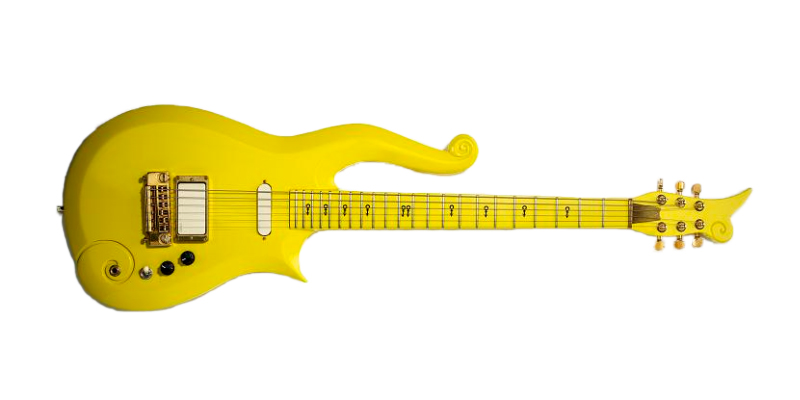 Although Prince used a huge amount of gear in the studio, his live equipment is even more notable. In the early years he can be seen playing a Gibson L6S (which was later modified and covered in leopard print!) before he moved on to his iconic H.S Anderson Madcat Telecaster. This was his mainstay and he had many replicas and different iterations created.

Following that the iconic ‘Cloud’ guitar built by Dave Russan of Rusan Guitarworks became another favourite, featuring EMG active pickups, Schaller tuners and an incredibly small frame and unique shape. This cloud guitar was created in multiple colours to fit with Prince’s aesthetic of the time.

Alongside his unique guitars Prince would use a Digitech Whammy, a wah pedal and almost exclusively boss stomp pedals. Used were a blues driver, turbo distortion, octave, flanger, delay, vibrato and a Line 6 MM4 Modulation pedal. This setup would then go into a Mesa Boogie combo or modified Mark II Colesium alongside either Mesa or Marshall 4x12 cabinets.

Although widely celebrated as a performer and artist, Prince’s playing ability can sometimes go under the radar, especially when considering the lavish outfits, choreographed dance routines and stage acrobatics that take place at a Prince show. Due to his wide, genre-spanning career Prince had a lot of different sensibilities when it came to playing; in earlier albums, clean-funk chords were prevalent (most notably the iconic E9 chord played at the beginning of the hit single ‘Kiss’) but heavily distorted guitar parts and solos were often side-by-side with soul tracks. For example ‘Bambi’ from the album ‘Prince’ is focused entirely around overdriven guitars playing power chords and minor pentatonic licks. Due to his funk influences the groove was incredibly important, knowing when not to play and when to play within the space.

Aside from his exceptional rhythm work in more funk-based tracks, a huge part of his playing was soloing. Prince wasn’t afraid of taking huge bends with bags of sustain in tracks and would combine them effortlessly with fast runs and trills. He also used a great deal of hammer-ons and pull-offs, open-string pull-offs and extremely fast, chaotic picking (notable in the solo section of Purple Rain). In terms of chords and scales, we’d suggest looking at funk playing styles for rhythm work and everything from jazz and metal for his solo playing influences.

Jimi Hendrix
When you think electric guitar, Jimi Hendrix will usually spring to mind. We look into the history, playing style and use of equipment that are now so crucial to music history.
Eric Clapton
Eric ‘Slowhand’ Clapton has been inducted into the Rock & Roll Hall of Fame, but what’s the history, gear and playing style behind the music?
St Vincent
We take a look at the history, playing style and gear used by influential guitarist Annie Clark as part of the Grammy award winning St Vincent.
Gary Moore
Gary Moore is one of the most iconic and highly revered guitarists. We take a look at the history, techniques and playing style of the blues guitar legend.
Angus Young
Angus Young is an Australian guitarist, known for his schoolboy-outfit, Gibson SG and duck-walking in the hard classic rock band AC/DC.
Stevie Ray Vaughan
Arguably one of the most prolific, inspiring and often imitated guitar players of all time, we look at what made Stevie Ray Vaughan an icon.
B.B. King
The King of Blues spent 70 years performing his unique blues with his trusty guitar Lucille by his side. We explore how he stood out.