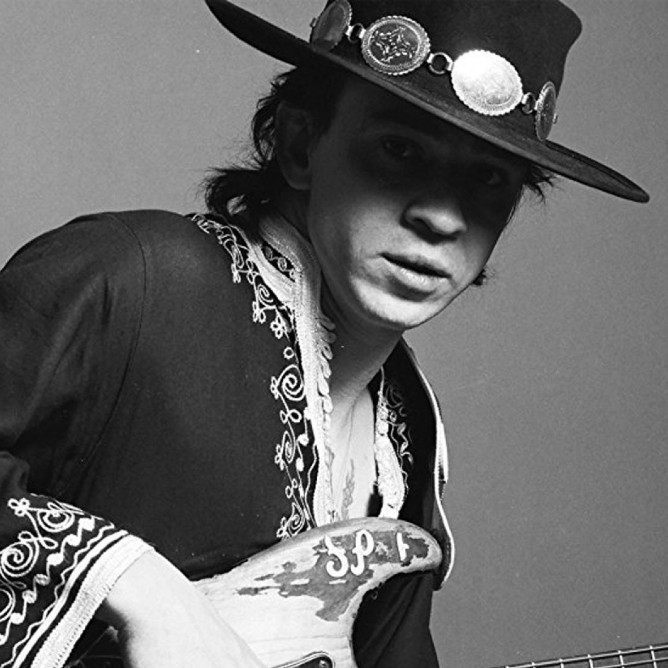 Arguably one of the most prolific, inspiring and often imitated guitar players of all time, we take a look at what made Stevie Ray Vaughan an icon in the 70s and 80s and see the impact his playing still has today.

Arguably one of the most prolific, inspiring and often imitated guitar players of all time, Stevie Ray Vaughan started playing guitar at an early age in the 1960s, inspired by his brother Jimmy Vaughan (who also became a guitar icon). In his twenties Stevie moved to Austin, Texas where he began to build a following, which led him to starting the band ‘Double Trouble’ in 1978, in which he had huge success. SRV went on to perform at Montreux Jazz Festival and headlined Madison Square Garden before his unfortunate death in a helicopter accident in 1990. During his time, Stevie Ray Vaughan was at the forefront of the blues music revival in the late eighties and was inducted into the Rock N’ Roll hall of fame.

Stevie’s unique playing style is something that has heavily inspired many musicians today. With deep roots in blues, he also mixes in classic rock’n’roll tendencies and wields the guitar with incredible control and passion.

SRV would pick hard, predominantly using downstrokes to create a strong staccato pattern, alongside that he utilised incredible note sustain with his bends. He also had brilliant vibrato and solo phrasing, picking the perfect times to be overindulgent with notes. He proves it’s just as important to know when to let loose as knowing how to.

He also used the ‘pick raking’ technique heavily, where you use a sweep picking motion on muted strings. A great example of his playing techniques can be seen in his performance of ‘Testify’ at the El Mocambo below.

Ask any SRV fan and they will tell you that there’s a few certain things that characterise the great ‘Texas blues’ sound that SRV helped create. A stratocaster guitar with vintage style pickups, played in the 4th position (neck and middle pickups together) will get you in the door, but Stevie would also tune the guitar down half a step to Eb standard. If you want to be true to style you would also want to play with heavy .013 gauge strings and have your action set very high, although players discretion is advised!

In conclusion, Stevie Ray Vaughan’s fearless attitude, unique signature tone and aggressive playing style made him one of the most iconic guitar players that has ever lived. His playing style can be seen in thousands of modern players today and you could do a lot worse than follow his style for inspiration.

Once your stratocaster is in the 4th position you’ll want to use a tube screamer style pedal with low gain to push the front of the amp and get that classic Texas blues tone. Stevie was also known to play Marshall amps along with various others, and it’s said that his last album had over 30 amps used!

B.B. King
The King of Blues spent 70 years performing his unique blues with his trusty guitar Lucille by his side. We explore how he stood out.
What makes a good riff?
The ‘riff’ is arguably the most important aspect of guitar. But what makes one stand out from the other and why are some so popular?
Recording your guitar
Whether at home, in the studio or your practice space, we show you ways to get your guitar sounding great.
Slides & Bends
It's time to mix up your playing. We show you exactly how to find your style by adding slides and bends to your technique.
Playing styles - Blues
No genre has had a greater influence than the blues. We look at where the blues began and what elements of blues are still prominent today.
History of 1959SLP 'plexi'
The people wanted louder so we gave them louder. Now the 1959SLP has a sound synonymous with rock.
Bad Touch talk classic tones to move your bones
Guitarists Seeks and Rob from Bad Touch shared their favourite rigs and what they used on their latest album 'Kiss the Sky'.
History of the Silver Jubilee
Designed to celebrate 25 years of Marshall dominating the amp industry whilst also ushering in a new era of tone, we look at the history of the Silver Jubilee.