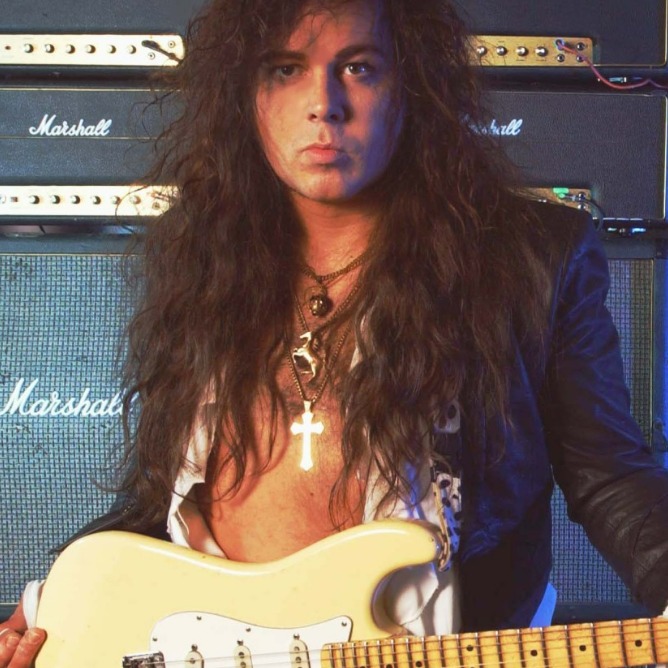 Take a look back at the incredible career of Swedish guitarist, songwriter, composer, and bandleader, Yngwie Malmsteen, who first became known in the 1980s for his neoclassical playing style in heavy metal. 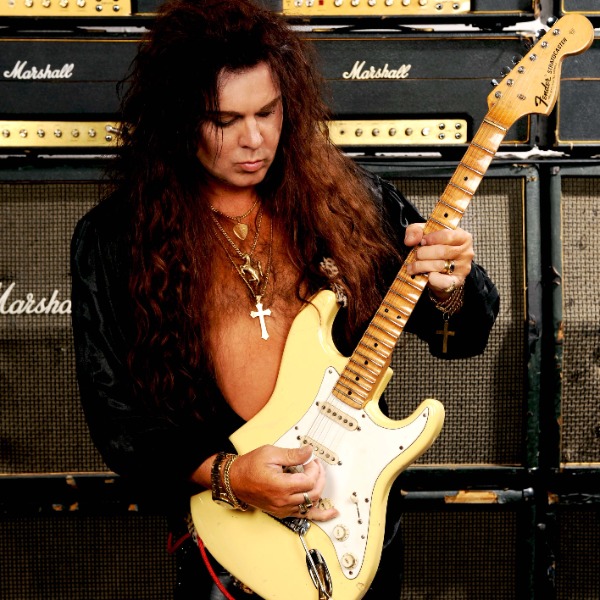 Believe it or not, Swedish supernova, Yngwie Malmsteen hasn’t always been the Rock legend that he is today. In fact, he wasn’t particularly musical at all when growing up and he didn’t pick up a guitar until seeing Jimi Hendrix perform on TV as a child, changed his life.

Aged just 18, Yngwie moved from Stockholm to America where he quickly became synonymous with neoclassical metal music. In a career spanning decades, Yngwie has reached some pretty huge milestones including releasing over 20 studio albums, being named in the top 10 greatest electric guitar players of all time (TIME magazine) and not to mention, having a huge influence on 100’s of guitarists across the globe.

Yngwie Malmsteen first became known in the mid-80s for combining a love for heavy rock with emotive playing, bundled together into a jaw dropping neoclassical playing style.

In terms of technique, Yngwie makes heavy use of harmonic minor scales, but it’s his playing style that sets Yngwie firmly out from his contemporaries. By combining strict alternate picking and arpeggios, interspersed with plenty of pull offs and heavy distortion, he creates a modern take on Bach, who Malmsteen often cites as one of his biggest influences. Check out the 'Arpeggios From Hell' video below to have a see for yourself.

As a playing style this is very difficult to master. Often referred to as ‘sweep picking’, this technique usually takes years of practice, however Yngwie has a scalloped fretboard that has effectively ‘scooped out’ the wood between the frets allowing for a lighter touch.

Since his earliest days Malmsteen is famed for filling his stages with as many Marshall amps as can possibly fit. A quick google image search for ‘Yngwie Malmsteen live’ features three recurring themes: extravagant outfits, big hair, and Marshall amps. As testament for his love of Marshall, Jim Marshall decided to pay tribute to Yngwie’s with his very own signature amp, the YJM100.

On first inspection it looks exactly like a 100w 1959 Plexi but look a little closer and you can spot that the JTM or JMP on the front has been replaced with YJM. Switch to the back though and there’s much more going on, with a booster, noise gate, digital reverb, and FX loop all that can be controlled with a footswitch. On top of this there’s the option to reduce the power to 50w plus valve fault indicators and self-biasing. To complete the lot the YJM100 comes complete with a red dust cover inspired by Yngwie’s other love, Ferrari’s.

Chet Atkins
Chet Atkins is a revered Country musician. We check out how and why he has had a big influence on other players.
Joe Satriani
A virtuoso that needs little introduction. We dive into the history, gear and playing style of the guitarist and alien surfer.
Eddie Van Halen
We take a brief look into a guitar pioneer who inspired a generation with his unique sound and tapping techniques.
Yvette Young
A truly distinctive player, Yvette Young of COVET combines piano-style chord tapping with unique chords and heavenly tunings.
John Mayer
A songwriter that has navigated pop, blues and country. We look at the history, playing style and gear used by John Mayer.
Jennifer Batten
Jennifer Batten famously played for Michael Jackson as well as Jeff Beck. Take a look at her upbringing, gear used, and unique playing style.
Slash
Undoubtedly one of the most legendary guitar players in rock music, we take a look at the history, playing style and gear used by Slash.