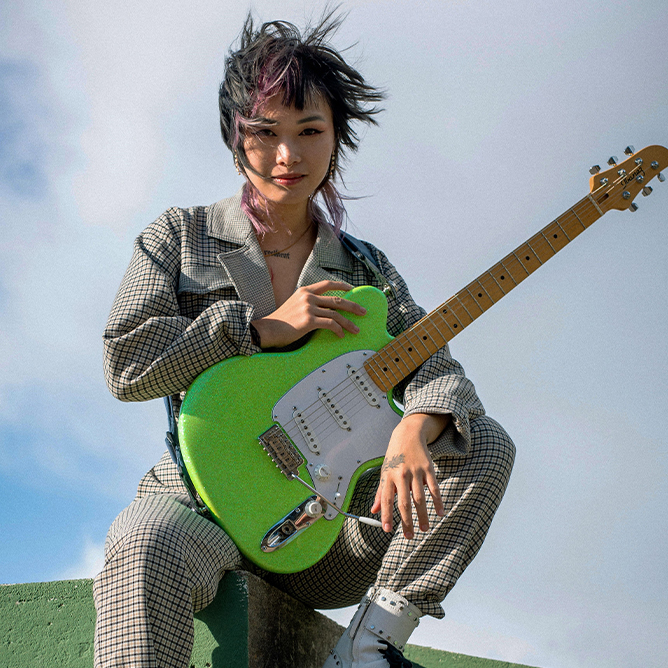 A truly distinctive player, Yvette Young of COVET combines piano-style chord tapping with unique chords and heavenly tunings to create a unique sound. We take a look at her history, the gear she uses and her playing style in this Guitar Heroes article.

Yvette Young began her musical journey playing piano and grew up playing classical music. Her parents are both musicians and she began taking lessons at the age of four. Whilst in high school Yvette suffered from a stress-related breakdown and eating disorder that led to a heart problem, but it was during these dark days in hospital that she found the guitar. She began learning by ear and rediscovered her passion for music.

Young has always been an artist and graduated from the University of California with a Bachelor of Fine Arts. Her art style can be found on her custom guitar designs and also in Young’s album artwork. In 2014 she released an ‘Acoustics’ EP followed by another in 2017, these began to showcase Young’s unique playing style which involves alternative tuning, multiple hammer ons, pulls offs and tapping throughout. Young also plays in the math-rock band Covet where she features alongside David Adamiak and Forrest Rice. 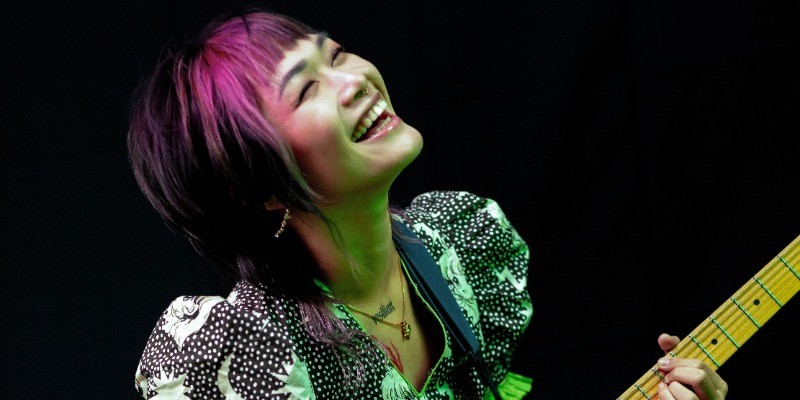 As an acoustic player Young plays Martin and Yamaha acoustic guitars. As for electric she played Strandberg guitars before moving to Ibanez Talmans and releasing her own signature Ibanez YY10 Talman. Amp-wise she primarily uses Vox amplifiers with an array of pedals, such as the Ground Control Amaterasu pre-amp pedal, a Earthquaker Warden compressor for live performances, a Lo-fi Junky compressor in the studio, plus an MXR bass octave to make her guitar sound bigger.

Young has a strong foundation from learning classical music and theory, but her playing style was influenced primarily by the sound and alternative tunings used by the bands Toe and American Football. She also used her inspiration from polyphonic melodies found in Baroque music to create a fuller sound. Another way that she creates music is by starting out with an idea for a vocal melody, then chasing that melody for hours on the fretboard, trying to accompany it with simpatico harmonies on the guitar.

Young uses both hands to tap, slide, hammer-on and pull-off, combining this with open tunings such as FACGAE, DADF#AE, FACGBE and more.