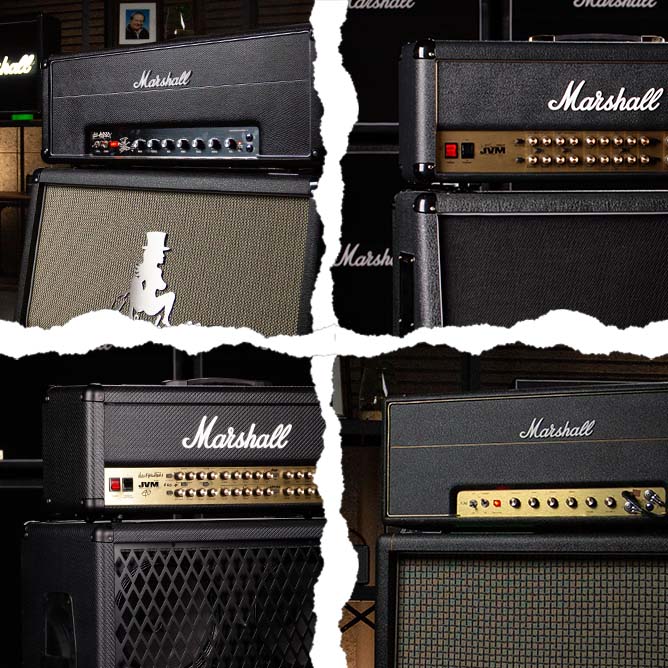 A handful of artists have been lucky enough to have their own Marshall Signature amplifiers, we’ve taken a closer look at what makes each of these amps and how they came to be.

For the final part of our look back at Marshall Signature amps we’ve got to grips with unique models for Dave Mustaine, Yngwie Malmsteen, Joe Satriani and Slash… again. Yep, he’s such a big part of our history he’s got two Signature amps.

In case you missed it, catch up with part 1 and part 2 of our look through the Signature archives now.

“I can honestly say that I’ve never had this much fun or derived this much inspiration from an amp before. It offers me total Rock ‘n’ roll freedom.”

From early on in his music career Joe Satriani and Marshall went hand in hand. Easily distinguishable on his early albums in the mid 80s, the Marshall sound was a key element of what made Satriani a key player in the new generation of rock. Despite that Satriani “played ‘hooky’ from the brand for a while”, until the formation of the supergroup Chickenfoot in 2008 when he was looking for “a bigger, more organic, more complete sound”. Step forward Marshall once again, and from then on Joe was synonymous with a JVM. 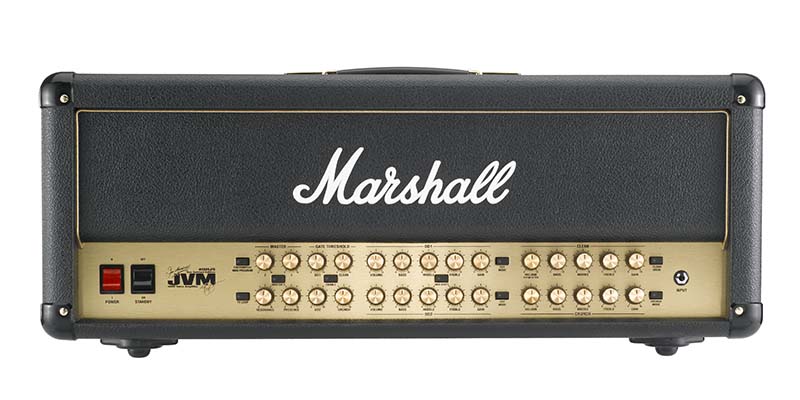 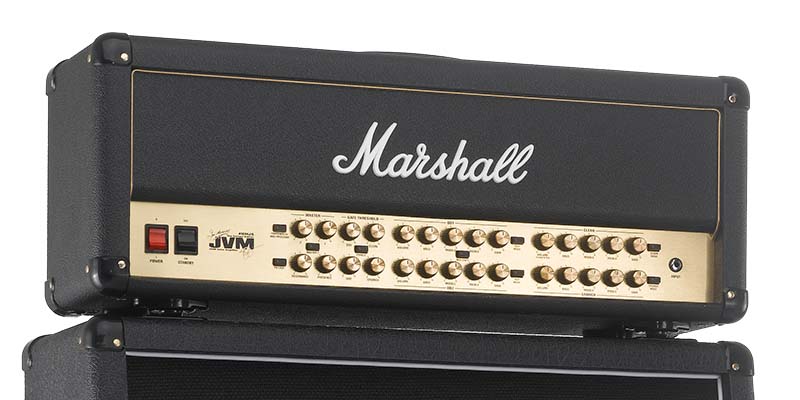 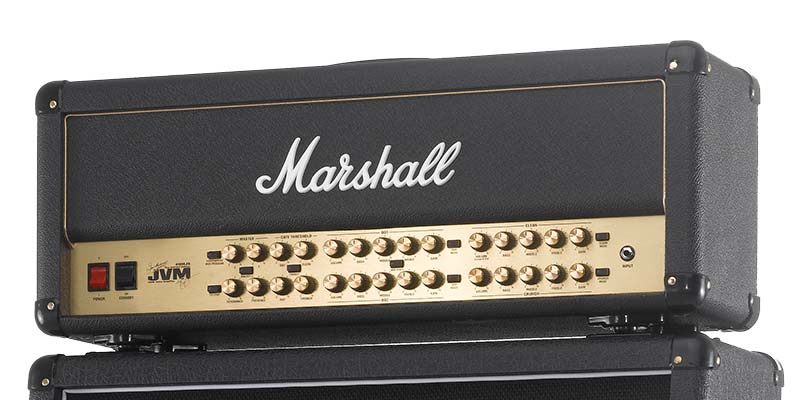 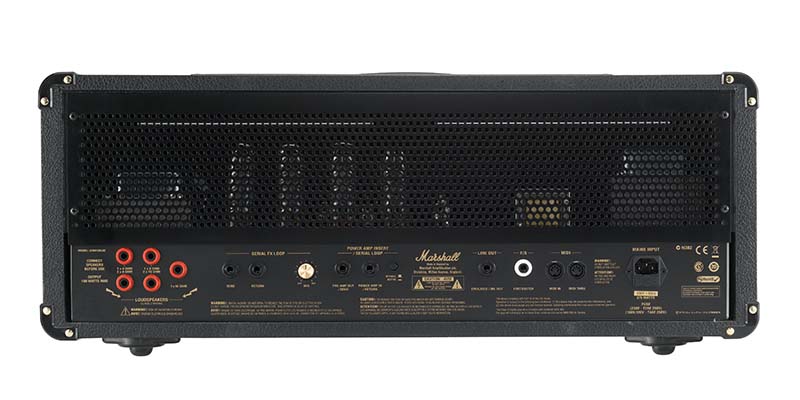 Fast forward a few years and Satriani knew the JVM inside out thanks to years touring and recording with it. He also had some ideas to improve the amp, and in his words “make an already great amp even bigger, bolder, more punchy and more dynamic.” With this in mind Joe Satriani and Santiago Alvarez, the designer of the JVM, set to work on Satriani’s own signature amp; the JVM410JHS.

After three years of prototyping and testing out on the road, the JVM410HJS was released in 2012. Available in black or blue (like Satriani’s original 6100 amp of the 80s), the signature model also replaced the reverb control with a noise gate for each channel. On top of this the EQ was tweaked to have a more organic rock sound and move slightly away from the original models’ metal tone. Crucially, the JVM410HJS was especially voiced for a standard 1960 lead cab too, making the ultimate pair.

“It’s one thing to stand in front of the 1960DM cabinets. It’s another to have them stand beside you. I am not the biggest, but I am no doubt the proudest endorser Marshall has ever had.”

Speaking of cabs, Dave Mustaine became the first artist to ever have a signature series of Marshall cabinets. As the frontman for Megadeth and original guitarist for Metallica, Mustaine is as close to metal royalty as is physically possible, and one of the earliest driving forces of heavy distorted guitar. 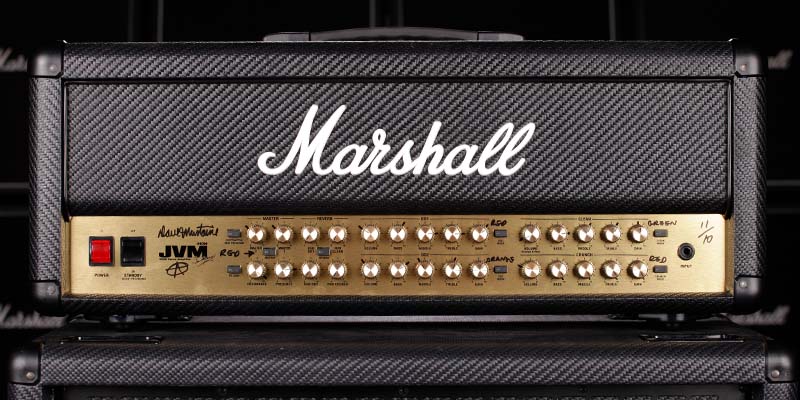 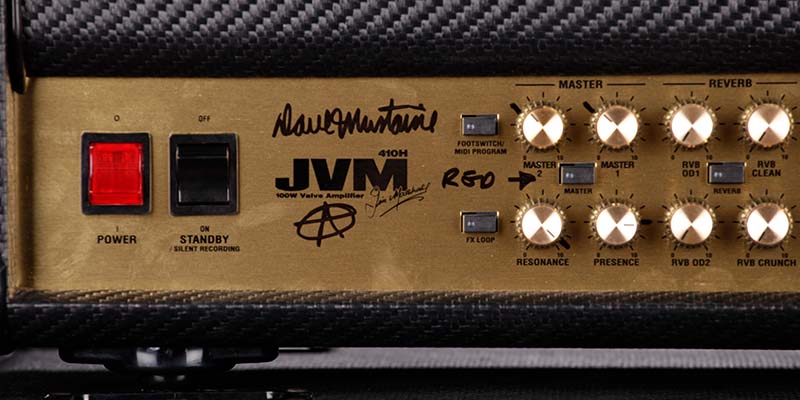 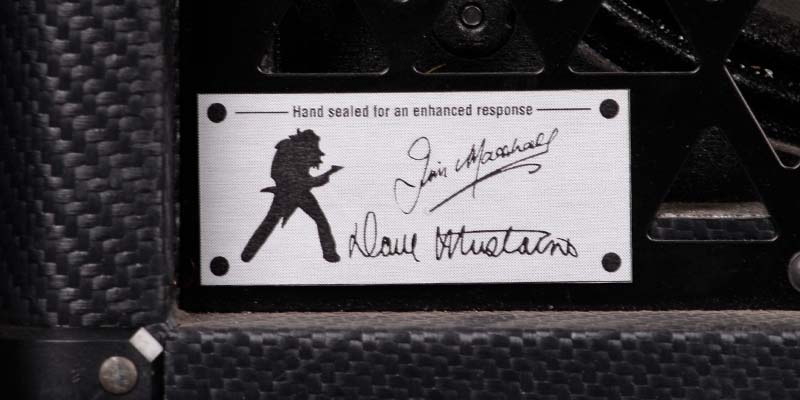 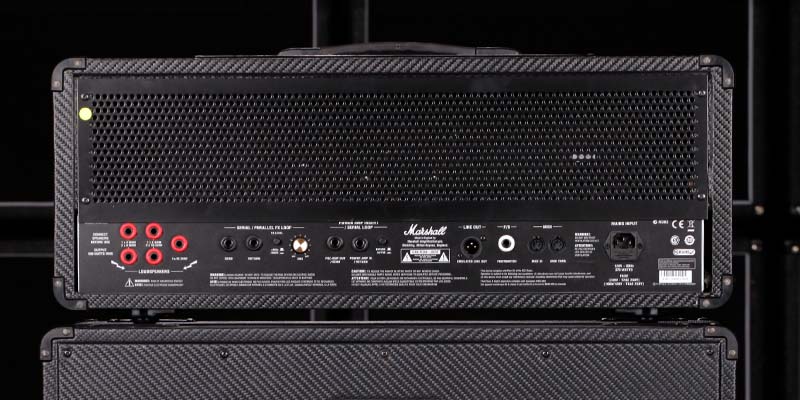 As for the cabinets themselves, the angled 1960ADM and straight 1960BDM look downright mean. Entirely black and boasting a rugged diamond-punched metal grate instead of a material fret cloth, these cabs see the iconic Marshall style being fed to a rottweiler, with the results being an aggressive and heavy-duty stack that perfectly complements Mustaine’s tone. The finishing touch is a custom plaque in the bottom corner of each cab that has both Jim Marshall’s and Dave Mustaine’s signatures.

As for that tone the 1960DM cabs are each loaded with 4x 70w Celestion Vintage 30 custom speakers and hand sealed. This sealed construction provides a focused, aggressive sound that matches Dave's specification. The cabs even come complete with an exclusive DVD presented by Mustaine himself, an owners certificate and a heavy duty dustcover with unique artwork.

“I can’t imagine a more complete amp. Vintage look and sound, with incredible versatility and features. This amp is truly a masterpiece.”

Yngwie Malmsteen first became known in the mid 80s for combining a love for heavy rock with emotive playing, bundled together into a jaw dropping neoclassical playing style. A true guitarists guitarist, Yngwie is admired around the world, and equally as recognised for his incredible playing as for his love of Marshall. 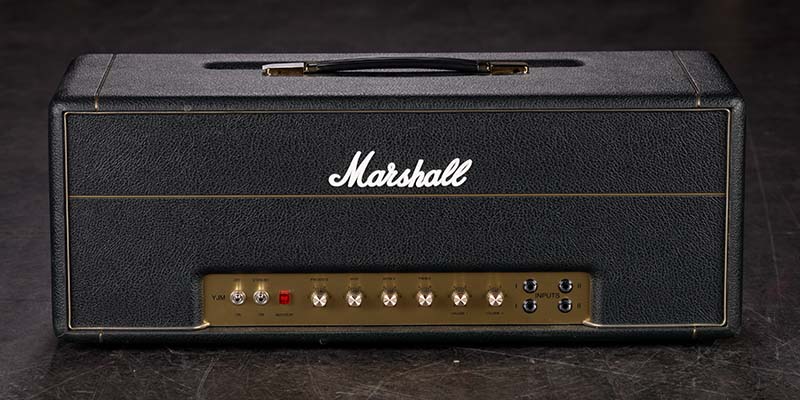 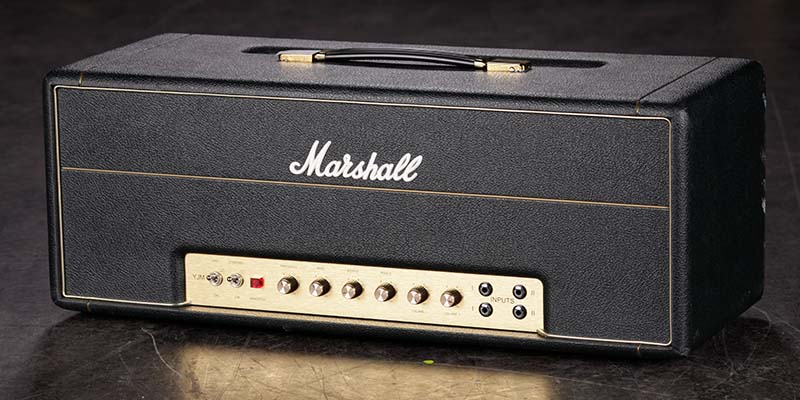 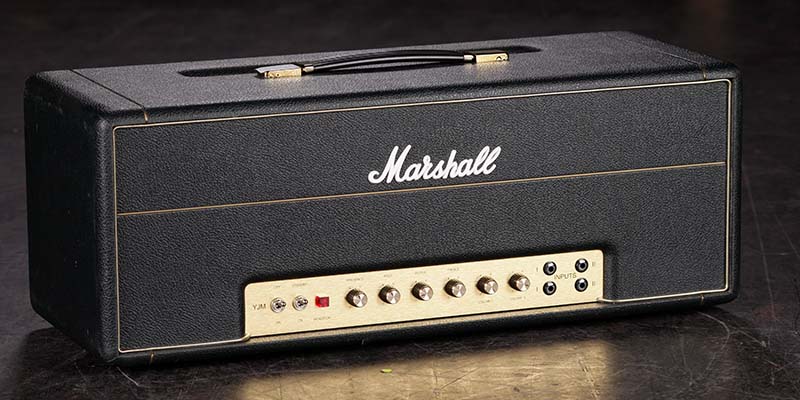 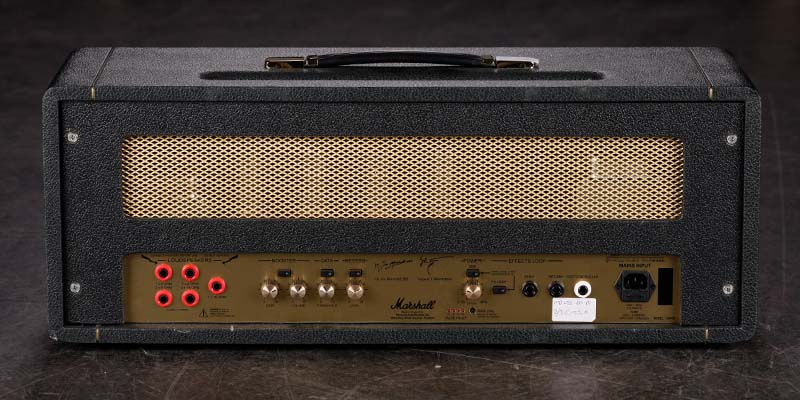 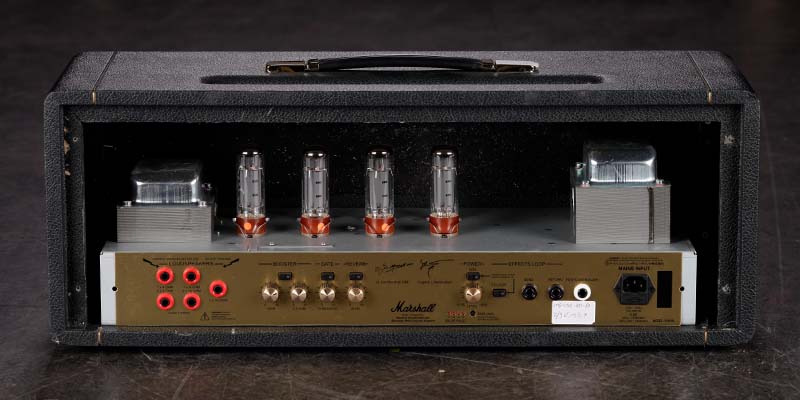 Since his earliest days Malmsteen is famed for filling his stages with as many Marshall amps as can possibly fit. A quick google image search for ‘Yngwie Malmsteen live’ features three recurring themes: extravagant outfits, big hair, and Marshall amps. As testament for his love of Marshall, Jim Marshall decided to pay tribute to Yngwie’s with his very own signature amp, the YJM100.

On first inspection it looks exactly like a 100w 1959 Plexi, but look a little closer and you can spot that the JTM or JMP on the front has been replaced with JYM. Switch to the back though and there’s much more going on, with a booster, noise gate, digital reverb and FX loop all that can be controlled with a footswitch. On top of this there’s the option to reduce the power to 50w plus valve fault indicators and self-biasing. To complete the lot the YJM100 comes complete with a red dust cover inspired by Yngwie’s other love, Ferrari’s.

Back for seconds, Slash is the only artist to have two Marshall Signature amplifiers. The first was the 2555SL which we covered in part 1 of this mini-series. The second is the AFD100, named after Appetite For Destruction by Guns N’ Roses, which turned the Marshall and Les Paul pairing into the rock sound that everyone wanted to emulate.

For the album’s recording Slash was believed to have used a rented 100w Superlead that had been modified, however Slash himself has hazy memories of the rig. “It had been modded to some extent, but I don’t know how or by whom. To be honest I’d be lying if I told you I could remember more.” This meant for Marshall to create a signature model that recaptured that sound we would very much be starting from scratch. After the announcement of the AFD100 in early 2010 a dedicated website was set up to allow fans to follow the journey of recreating that tone and constructing the amplifier. 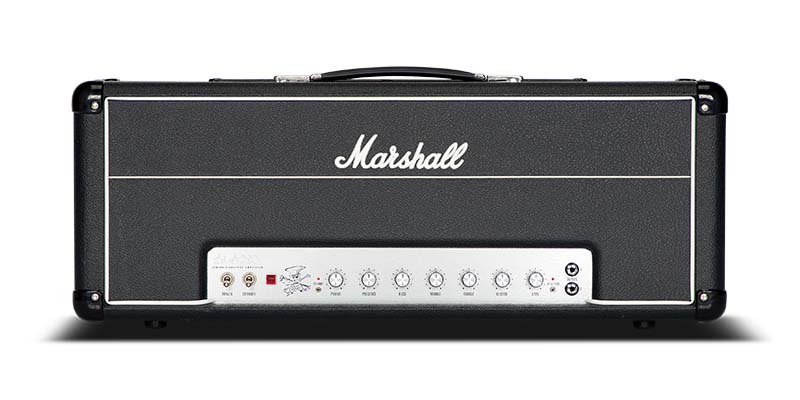 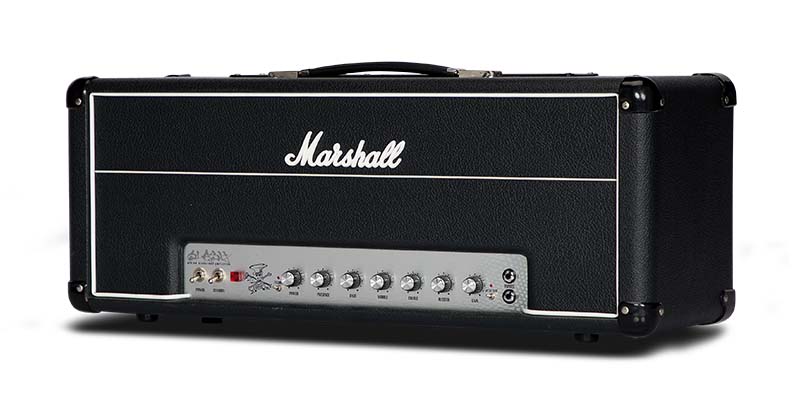 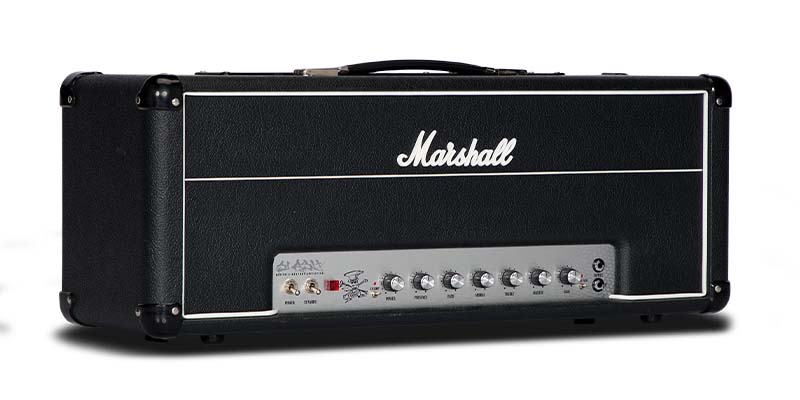 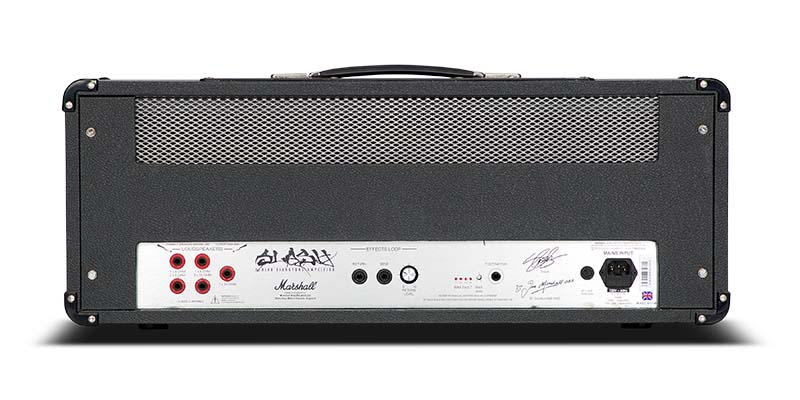 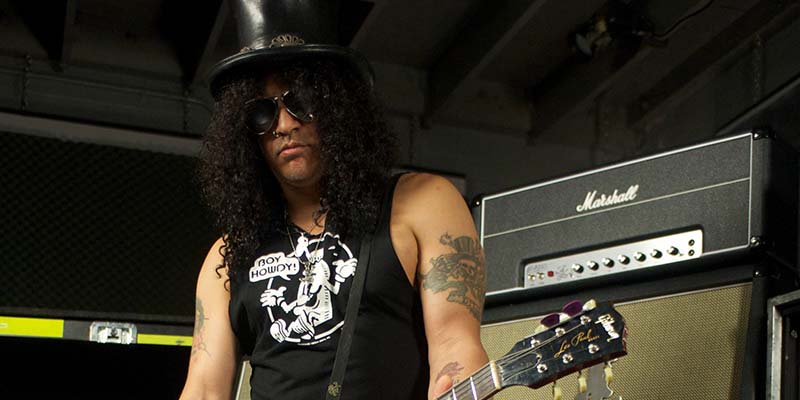 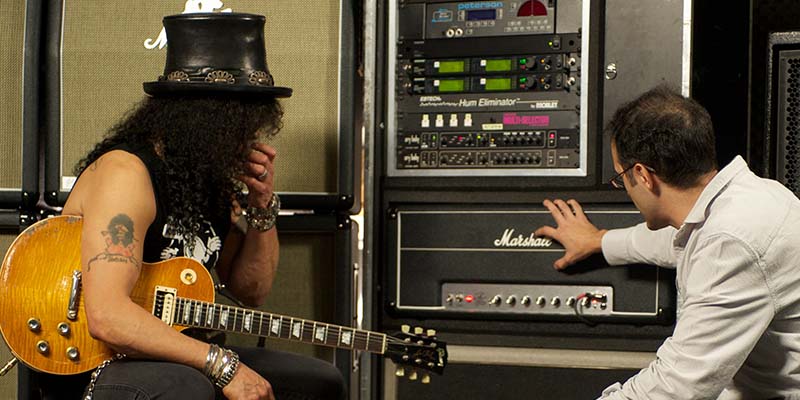 The key to getting the tone right was getting access to the Appetite For Destruction master tapes. From here Marshall engineers isolated Slash’s guitar tone and studied it in minute detail, allowing them to rebuild the sound from the ground up. The finished amp has two modes, #34 and AFD. #34 is based on Slash’s favourite JCM800 2203 where as AFD mode brings in additional gain that’s modelled on the fabled missing rental amp.

The AFD100 is unique in that it has a silver front panel just like a Silver Jubilee. It also features 6550 power valves, an FX Loop, Auto-Bias and a special feature called Electronic Power Attenuation. This allows the player to reduce the amps volume output from the maximum of 100w right down to 0.1w without impacting its tone, meaning it’s suitable for any place, any time.

Only 2300 were made, but even rarer are the 100x AFD100SCE versions of the amp. These had the same sound and features, but also had (…deep breath…) mirrored front and read panels, black snakeskin covering, silver piping, mirrored rear vents, a rear plaque signed by Slash himself, flight case, dust cover, production certificates signed by the Marshall staff involved (and Jim!) and even a personalised, and numbered AFD100 workshirt. Phew!

Signature Stories - Part 1
We take a look at what makes the Hendrix, Slash and Zakk Wylde Signature amps so special and how they came to be.
Signature Stories - Part 2
We check out 4 more signature amps from the archives to uncover what makes them so special; Randy Rhoads, Lemmy, Kerry King and Paul Weller.
The story behind the infamous Marshall stack
You’ve seen them. There’s absolutely no doubt about it.
History of the JTM45
The first amp ever made and sold by Marshall. It's got a bit of a history and we have a go at telling it.
The story of the Studio series
We go behind the scenes to uncover a family portrait that's been over 50 years in the making.