Making plans to grow your fans

Your band is sounding tight, you’ve got a killer set and are ready to take the world by storm, but it’s no good if the only people supporting you are your parents and your partner.

On bandcamp alone 500 bands set up an artist page every single day so in order to stand out you need to build a great fan base. One that is supportive, loyal and connects with what you do. So how exactly do you build a loyal fan base?

bands set up an artist page every single day

The band is the brand

Don’t forget the music industry is just that. An industry. Your band is your brand and like any successful brand requires promotion to get noticed. Use your personalities and your strengths as a band to establish your identity and attract attention.

Like any industry, making it in music is as much a case of who you know as what you know. It’s well worth building relationships and getting to know the big players. You never know when they could come in handy with a favour, even if it’s just a sofa to crash on next time you’re on tour.

Get ready to rumble

Whenever a moment comes along it pays to be well prepared. If you’re on the hunt for gigs then pull together a pack of promo materials. For this you will want an image or two that presents you how you want to be portrayed, as well as a biography of the band that has you sounding better than your competition before you’ve even played a note. Make sure to include links to your social pages so promoters and potential gig-goers can check you out, with somewhere they can hear your best tracks. Do a good job of this now and it can double up as a press pack a little further down the line.

You should be aiming to build a loyal following, with credibility and trust. That way your fans will be excited every time you release something new or book a gig and will do their utmost to support you. You should be approachable, both in real life and online. Respond to fans on your social media and make sure you’re looking out for them. Simple things such as giving your fans first access to new tracks and gig tickets can go a long way. If you support your supporters and make it easy for them to follow you, it will payback a hundred times over in the future.

This may be obvious but as much as managers and agents from record labels are looking for good musicians with number one songs, they’re also on the lookout for artists with established fanbases. It’s estimated that major record labels typically invest $500,000 to $2,000,000* in a newly signed artist, so it’s much less of a gamble for them to work with an artist who has already proved they can gather a following.

IN A NEWLY SIGNED ARTIST

Online promotion is great, but make sure you’re also putting in the legwork. How often do you scroll social media not really taking it in? Well you’re not the only one. And that’s why word of mouth is so important. If you can get people talking about your music then the rest will follow. Here’s some quick wins:

If you make the effort to PR yourself then you can be the band everyone is talking about.

Once the ball is rolling make sure that you don’t lose momentum. Use your social media to keep in direct contact with your fans and post regular updates. Push out news and fun stuff such as studio shots, new merch, backstage photos, videos from rehearsals or on the road, upcoming gig dates and more. Don’t overthink this, people just want to get an idea of what life’s like in your band and get a feel for your personality.

On the flip side be careful not to share too much, particularly via email, as you will end up annoying your fanbase. It’s only worth contacting people if you have something worth sharing. 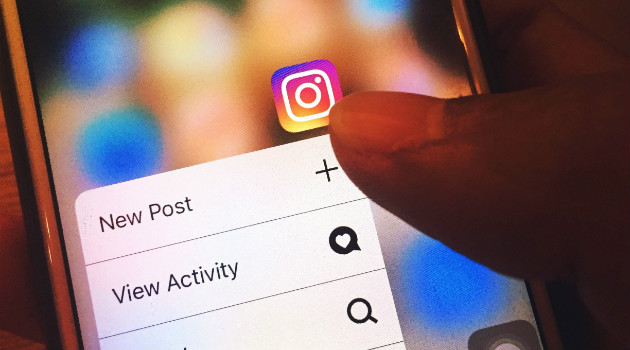 Don’t feel as though building a fanbase is solely down to you. Many hands make light work, so make sure to work with journalists and bloggers to spread the word. Get to know other bands as well as promoters and who knows what opportunities could spring up.

Also be sure to work with local radio DJ’s. They’re often looking for local talent to champion and can provide live sessions which are not only helpful in showcasing your performances but will also reach potential fans who may not have heard of you. On top of this they can provide feedback and pointers to help you take your music to the next level.

Don’t expect success overnight. The vast majority of bands you see breaking through into the mainstream have put in years of hard work to get to that point. It takes time to get noticed. Also, rejection is part of the job but that doesn’t mean you should give up. When starting out The Beatles were told “they had no future in show business”, whereas after Elvis’ first TV performance he was told to “go back to driving a truck”. Seriously.

Creating and keeping a loyal following is down to a lot of hard work, creating an engaging brand, and a bit of luck too.

Stick to these simple principles and you will be well on your way.

Who am I?
Sometimes you just need to reinvent yourself but you don't know where to start. Get top tips on band names, stage personas and much more.
Who Has All The Answers?
Life in the music industry can be complicated. Discover the answers to the most common questions.
How Do I Get Gigging?
Ready to take your sound to the stage? Here's our advice about how to get started.
5 DIY Recording tips
Our top 5 tips to help you keep control of your tracks, save on studio costs and make music your way.
5 DIY Mixing and Mastering Tips
Advice to help you save on studio costs, and make music your way.