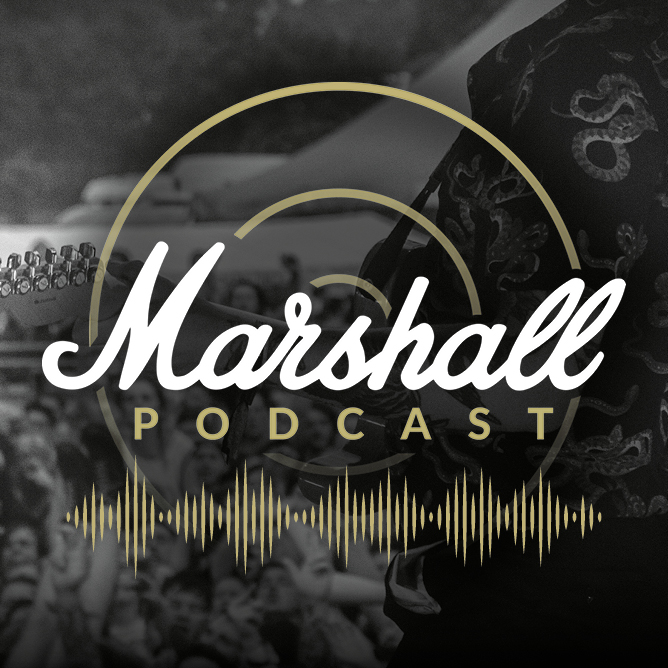 The Marshall Podcast is hosted by Dan P. Carter and features exclusive interviews with the greatest names in guitar music.

This series provides fans with insight into the lives of some of the biggest rock stars. Expect tales from on tour, album anecdotes, rig setups and playing tips from people who have rocked stages.

Slash, legendary guitarist for Guns N’ Roses, Velvet Revolver, Slash featuring Myles Kennedy and The Conspirators, and countless other projects sits down with host Dan P. Carter. An iconic Marshall fan and player with almost 40 years of stories to share, Slash covers topics such as why he picked up a guitar in the first place, the sound he aims to create, and what it’s like still playing in front of thousands of fans years later.

For Episode 2 our host Dan P. Carter has a double header with Corey Taylor (Slipknot & Stone Sour) and Lzzy Hale (Halestorm). Together they cover everything from how they got started, how their approach has changed after years of being in bands, to getting the perfect balance between artistry and perfection.

Episode 3 features Brian Poole of The Tremeloes, who first formed in 1958 and are still hard at work today. Host Dan P. Carter delves into a music career that has taken Brian from hanging around Jim Marshall's shop at the very beginning of Marshall Amplifiers, to being signed by Decca ahead of the Beatles in the 60s, then having plenty of top 10 hits and countless world tours. With over 60 years in the game Brian has seen it all and has some incredible stories to share.

Sean and Mat - While she sleeps

Sean and Mat from While She Sleeps go way back with Dan P. Carter. In Episode 4 they cover everything from their 2006 beginnings and their first play on Dan's radio show, right up to the launch of 'So What?' in 2019 and their recent standout American tour. Features a special guest appearance from everyone's favourite Sleeps member Nova (Sean's pooch).

In the final episode of Season 1, Dan P. Carter sits down with Lee Kiernan of IDLES on the morning of their historic Alexandra Palace headline show. Together they dig beneath the surface of IDLES' seemingly meteoric rise and it turns out there's much more to it than meets the eye. From playing as a form of therapy, to the joys and stresses of touring, and even breaking into the consciousness of rock heroes Slash and Dave Grohl, it's been a whirlwind few years that Lee is only just beginning to fully take in.

“I wasn’t particularly into the idea of sitting with an artist and discussing every details of their amp settings.

However, I did want to sit with these people and talk about their lives, from touring, to their creativity and everything in between, and how Marshall has helped to play a part in it.

This podcast does exactly that.”