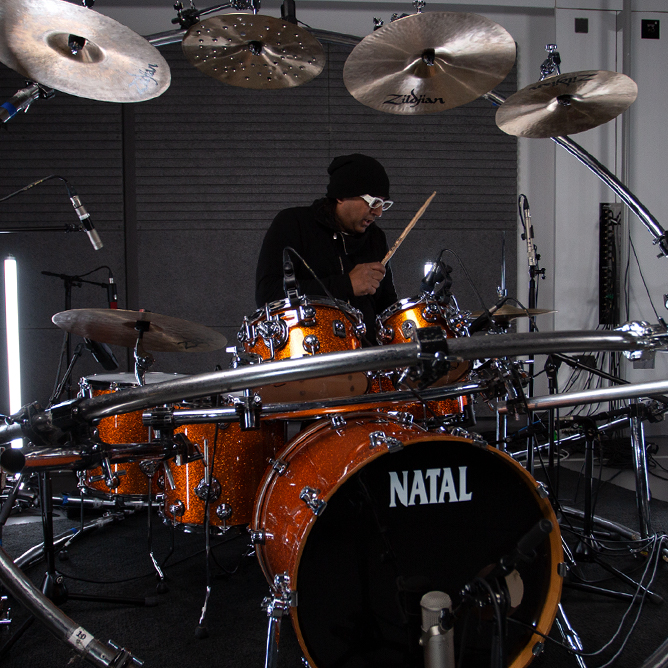 Andy is a revered drummer who boasts a long and storied history behind the kit for a host of top artists. Known the world over for combining acoustic and electronic drums, Andy is a forerunner of hybrid drumming and recognised as one of the world’s premier players.

Since completing a qualification in electronics at college, Andy was inspired to combine his electronics knowledge with his love of drums. His unique approach led to him performing with Lisa Stansfield, Massive Attack, Spice Girls and Duran Duran before moving on to Jeff Beck, Chase and Status and his own project The Bays. Over the years Andy has made countless festival appearances, participated in numerous world tours, and has appeared on many recordings from leading artists.

Andy is continually searching for improvements to his sound and set up, which brought him to Natal. Widely recognised as the father of hybrid drumming, he is an innovator in progressive drumming and has developed a following as a first-rate teacher. Alongside his own extensive career, Andy Gangadeen continues to inspire generations of modern drummers. His influence has stretched across 40 years of pop, rock, jazz and dance music. Current players who list Andy as a mentor include Beanie (Rudimental) and Oli Wiseman (Anne-Marie).

"Natal have crafted their drums with exceptional tonality, attack and presence. Couple this with great artist support - who could want for more?!”