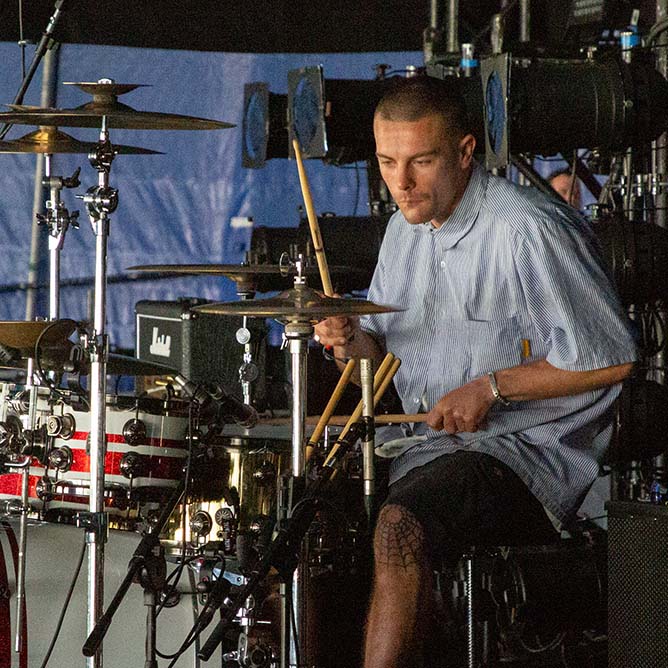 Billy is a founding member of London alt rock three piece Puppy. As well as performing drum duties for the group, he also produces their original artwork and writes, directs and edits their music videos. Puppy released their debut album through Spinefarm Records in 2019 and have toured extensively in support of it, playing Glastonbury, SXSW, Download, Bloodstock, Reading/Leeds, 2000 Trees & Arctangent festivals along the way.

Billy plays a Natal Birch Original series in Piano White with Double Red Stripes, along with a Copper Hammered Snare.

'the thing that really got me was Natal's eye for aesthetic detail; the weight and finish of my copper snare gives it a classic, marching drum look, with a modern, punchy attack & character to the sound.'