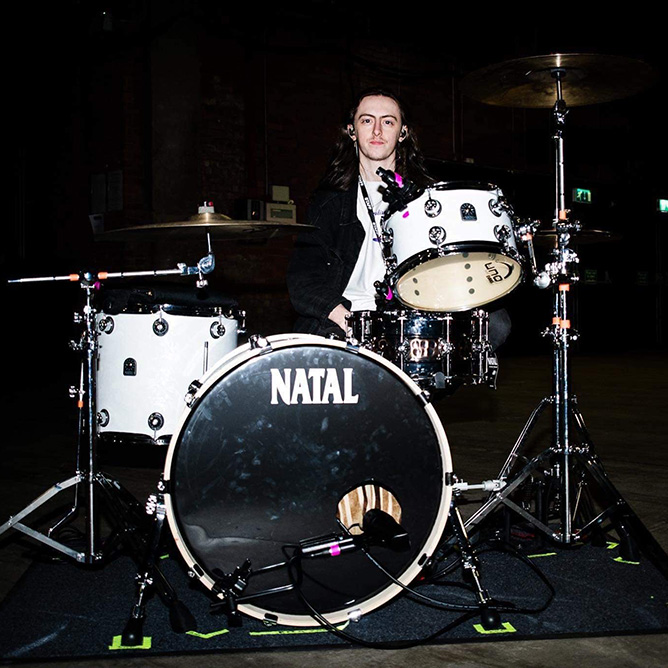 Evan Reeves is the hard-hitting Gen and the Degenerates drummer who puts kits through their paces. After initially picking up the guitar, Evan turned to the drums at age 12 and decided his aim was to join a band where he could play drums all day every day. He joined various bands in school before becoming the drummer for up and coming alt-rock heroes, Gen and the Degenerates.

Performing together as a band Gen and the Degenerates have racked up performances alongside a wide range of musical talents from multiple genres including shows with Blood Red Shoes, Queen Kwong, The Ninth Wave, Bang Bang Romeo, ZuZu, Strange Bones, Saint Agnes and many more.

"My Natal kit is extremely durable and I never once have to think about softening my playing. Both on the road and in the studio, Natal drums sound fantastic and I couldn’t ask for a better possible kit to be playing. Just as importantly, they’re beautiful drums and I’m always so proud to sit behind my kit."