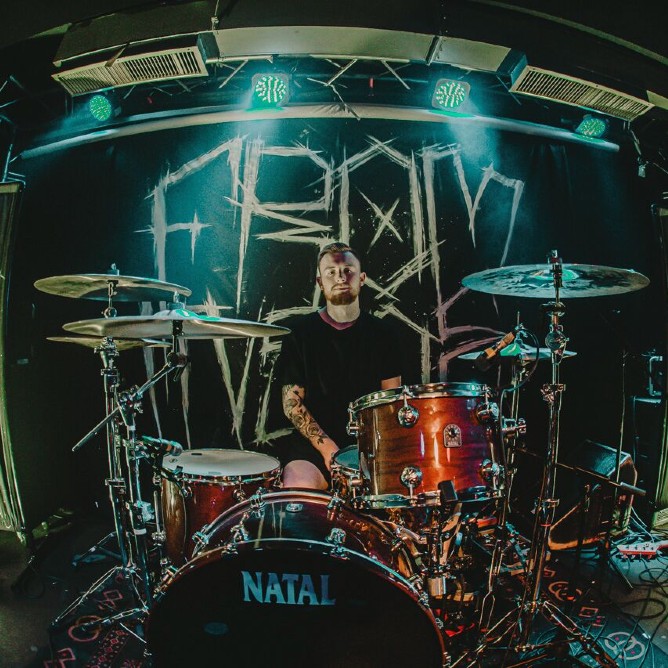 George first started playing drums around the age of 5/6, around the same time that he discovered rock and metal music, but it wasn’t until his late high school years that he started taking the instrument more seriously. From then he taught himself techniques and focused on developing his drumming skills.

George is heavily influenced by the likes of Abe Cunningham, Dan Searle and Dave Grohl. Their heavy beats and impressive technical skill can be spotted in George's own drumming, and it's these artists that have shaped George into the drummer he is today.

As the drummer for Liverpool alt rock band From Inside, George has been recording, touring and playing across the U.K and Europe since 2017.

"Not only does the walnut kit sound amazing, but it looks and plays like a dream. Natal have really smashed it out the park!

Couldn’t ask for a better kit and company."