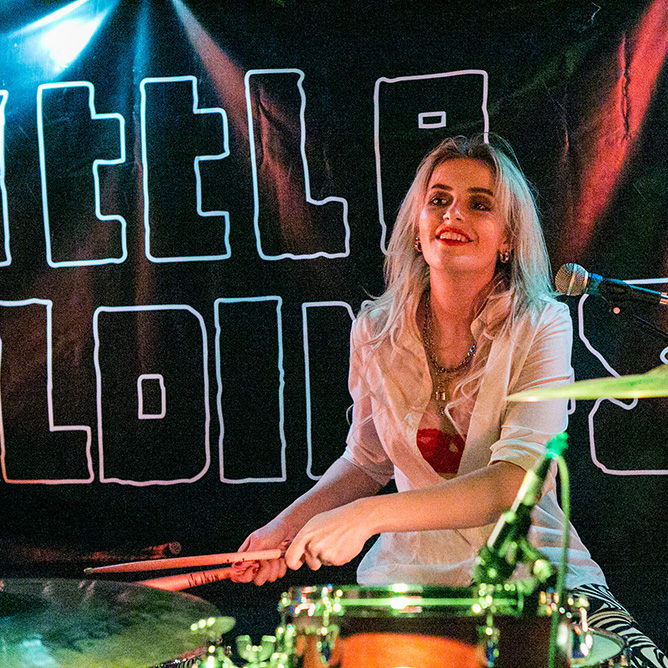 Hattie Steel is a drummer best known as being the driving force behind multiple projects. She currently plays in bands such as Thieves of Liberty (Fireball’s Hottest Band 2019), who deliver an all-out captivating sound that has attracted high praise from organisations such as ‘KERRANG!’ and ‘BBC Introducing’.

Hattie has also recently joined the line-up for Liverpool based band Generation, a project best known for their infectious and outrageous live shows.  Their latest single “Break Ur Heart”, is set for release in May 2022 and will be accompanied by a UK tour.

Hattie has also played for the likes of VIIA, a dark pop-star who has recently released her outstanding debut EP ‘Am I Ready Yet?’. The EP features previous singles “Falling” and “Exit Wound”, songs that have been heavily-tipped for greatness by Jack Saunders at BBC Radio 1.

In addition to this, she has supported the likes of guitar legends; Paul Gilbert, Jared James Nichols and REEF.

"Natal drums not only look stunning but sound beautiful too! Great drums and great people."