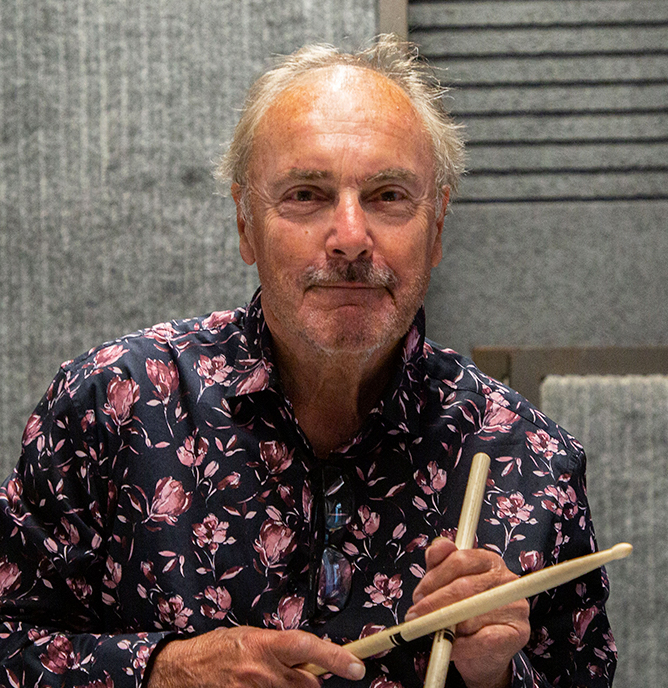 John Coghlan joined Francis Rossi and Alan Lancaster in their newly-formed band ‘The Spectres’ in 1962. The group went through a series of name changes, including Traffic Jam, before becoming Status Quo in the late 60s when Rick Parfitt also joined the line-up. In the years that followed Status Quo released a string of chart-topping hits including 'Pictures Of Matchstick Men', 'Rocking All Over The World', 'Whatever You Want' and plenty of others.

Since leaving Quo in 1981, John has worked with many noted and diverse musicians, in his own Diesel Band; with Partners In Crime; and the ‘Rockers’ featuring Phil Lynott, Roy Wood and Chas Hodges. Other collaborations have included Noel Redding (ex-Jimi Hendrix) and Eric Bell (ex-Thin Lizzy).

In 2013 and 2014, John rejoined Francis Rossi, Rick Parfitt and Alan Lancaster for the two sell-out Status Quo Frantic Four Reunion Tours, appearing all over the UK and Europe and reigniting the excitement of the early days of Quo.

During the late nineties John Coghlan’s Quo was formed and through various line-ups has enjoyed regular gigs all over the UK and Europe. The band enjoys playing all over the UK and Europe and, during the hiatus of the Covid emergency, wrote and produced the first JCQ single, Lockdown, released in July 2020; with the release of the double A-side CD, No Return/Lockdown in April 2021. Expect plenty more to follow.

"I am so excited to be included in the Natal Family - I was thrilled by the sound and look of the drums and congas. I urge other drummers to try them."