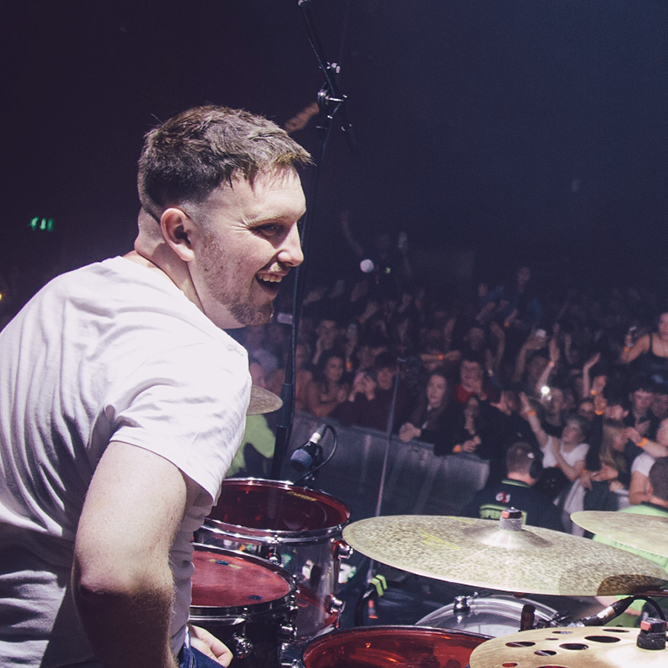 Jordan is the drummer for Scottish 4-Piece Rock Group The Snuts. His passion for drumming developed from the age of 4 when mesmerised by his father behind the kit he picked up his first pair of sticks. Jordan hails the likes of Bernard Purdie, Matt Helders and Keith Moon for inspiring his modern, eclectic and upbeat style.

Jordan met fellow band mates Jack Cochrane, Joe McGillveray and Callum Wilson at secondary school and formed a band together. Now they come armed with a brace of instant classic, instantly catchy indie-rock anthems and a formidable live reputation. Since 2018, the band have built a fanatical live following selling out shows across the UK and garnering support from the likes of BBC 6 Music, Radio 1, Radio X, Absolute Radio, Independent, Clash, Notion and Dork Magazine.

"These drums ROCK and the moment I sat behind one, I fell in love with them."