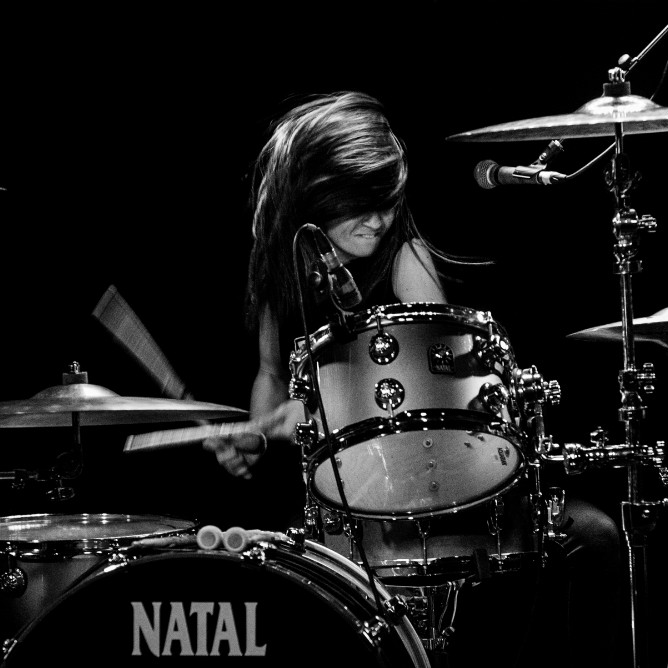 Josie O’Toole is a punk rock drummer and songwriter based between London, UK and Melbourne, Australia.

Since picking up the sticks at age 16 Josie has played in numerous bands and toured extensively across Australia, Europe and the UK as founding member of Anglo-Aussie rockers Tequila Mockingbyrd, sharing stages with the likes of The Darkness, Rival Sons, Skindred and Richie Ramone to name but a few. Highlights to date include a two week Government-sponsored tour to the Middle East to entertain the troops and charting at no. 10 in the Australian AIR charts with the T-Byrds’ 2017 debut album “Fight and Flight”. Since their European debut in 2016 the band has scored A-list airplay across the UK and become a regular fixture on the Euro festival circuit, making a splash at Steelhouse, Stonefree, Hard Rock Hell, Stonefree and Amplified festivals.

"Natal drums never let me down. They are quality kits which sound great night after night, withstanding the most punishing of hitters/touring schedules. It's an honour and a pleasure to be part of the Natal family!"