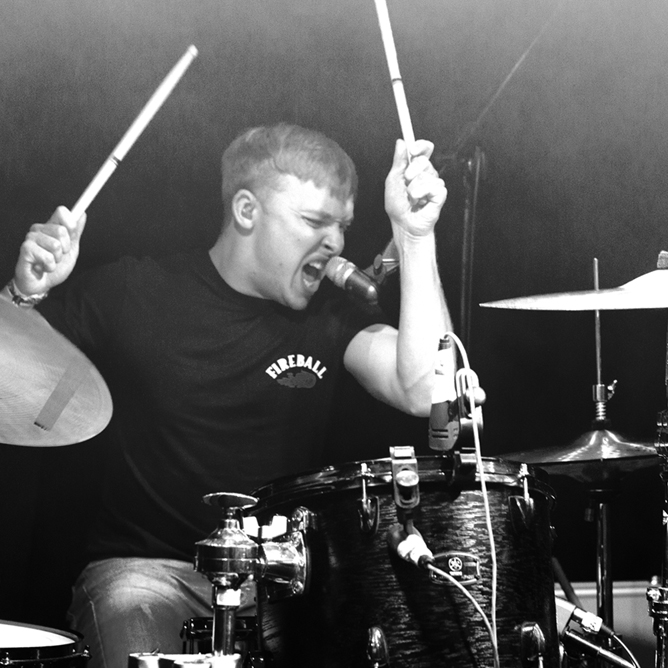 Drummer and vocalist Lewis Williams has been lending his talent to Press To MECO since their formation in 2011. A little bit alt-rock, a little bit pop-punk, the band from Crawley/Croydon blend elements of different genres to create an unforgettable sound. Having also supported the likes of Don Broco, SikTh and Arcane Roots on tour as well as taking to the stage at Download and 2000 Trees, Press To MECO is definitely a force to be reckoned with.

Lewis plays through a Natal Originals Birch kit finished in Champagne Sparkle with an aluminium Originals snare in 14x6.5”.

“Natal just make beautiful looking and sounding drums. There’s something for everyone, the superb design and quality manufacturing make them a breeze to tune and play.”