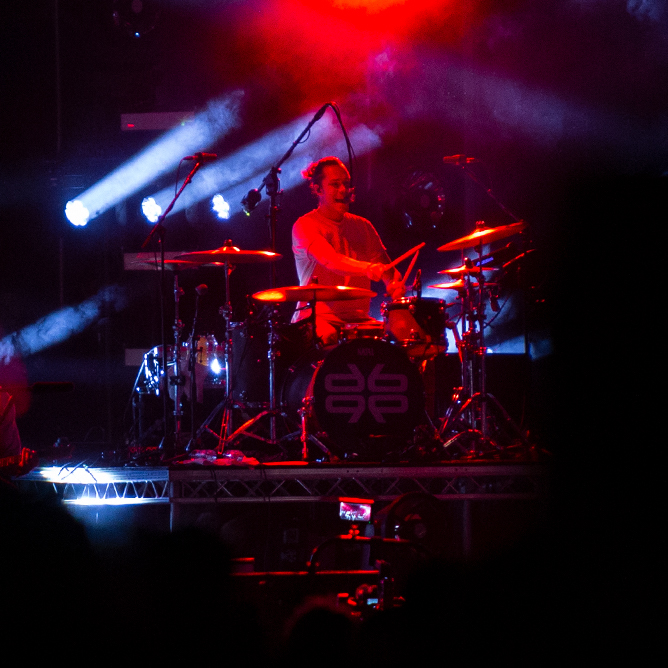 From humble beginnings in Bedford, England, Don Broco have catapulted themselves into the spotlight with their infectious rock sound. Their debut album ‘Priorities’ was released in 2012 with huge success, reaching number one in the iTunes Rock chart and 25 in the UK album chart. Don Broco have performed alongside Lower Than Atlantis, Enter Shikari and Bring Me The Horizon as well as playing at Download, Slam Dunk, Great Escape and Reading and Leeds. The success of their supporting slots and subsequent albums have led to the band selling out their own headline tours at the likes of London’s Alexandra Palace.

Matt plays through an Orignals Birch kit finished in Red Sparkle with a double silver sparkle band. He uses the TRC configuration with an additional 14"x6.5" Meta series aluminium snare.

"I love the power of my Natal drums. They always help you provide the perfect backbone whatever genre you play."