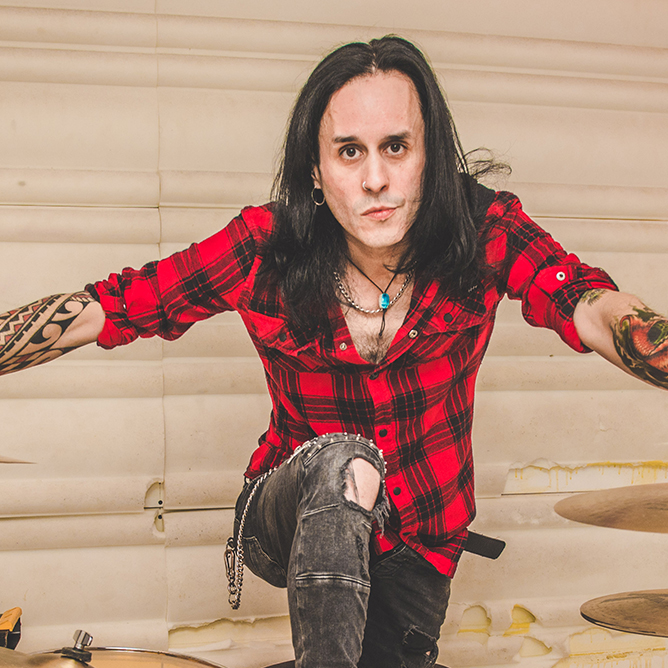 Since picking up the sticks at age 15 he has performed on the same stages as The Darkness, Kate Nash, LA Guns, Marco Mendoza, The Quireboys, Alannah Myles, H.E.A.T., Skindred and Warrior Soul to name but a few. He has been featured Classic Rock Magazine, Kerrang! and on MTV, recorded with Brit Award-winning music producer Pedro Ferreira and Romesh Dodangoda. He has performed with some notable names such as Ron 'Bumblefoot' Thal (Formerly of Guns n' Roses), Doogie White (Rainbow/Michael Schenker/Yngwie Malmsteen), Richie Faulkner (Judas Priest), Davey Rimmer (Uriah Heep).

"It's an honour to be part of a company with such an iconic name in the music industry! Their drums are carefully designed with maximum attention to detail."