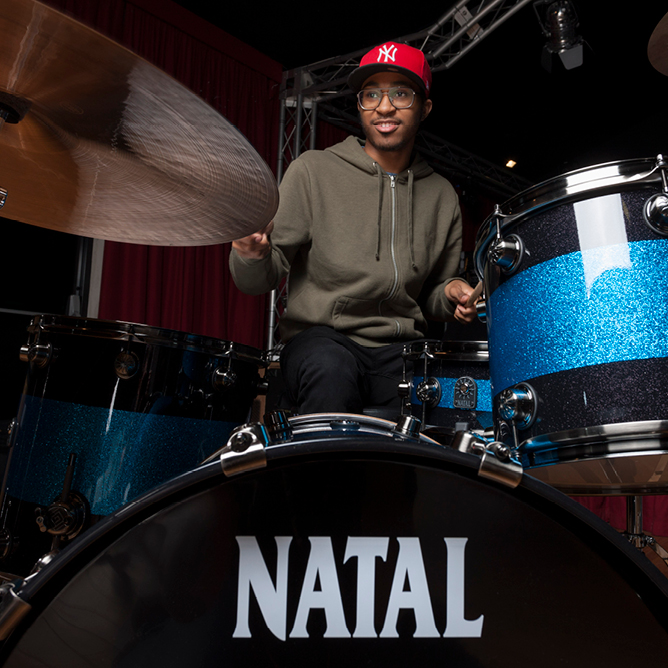 Nathan Greene started playing with Little Comets in 2015 while he was studying Music Performance at university and he’s been drumming for the ever since. The indie band got their first taste of chart success with their third album ‘Hope Is Just a State of Mind’ which was their first album to feature on the UK Top 40 Album Chart. Known for live performances in unusual places like lecture theatres and public transport, Little Comets have also taken to the stage at Isle of Wight Festival, Reading and Leeds and Secret Garden Party.

“The Drums speak for themselves."