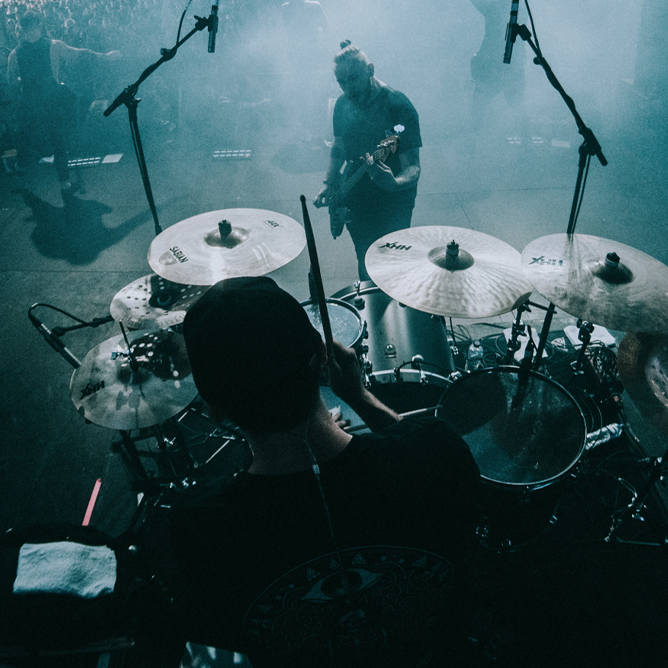 Picking up the sticks at the young age of 12, it wasn't long until Nick was in a band and touring the world. Originally filling in for bands in Southampton, Nick jumped from band to band until he found Our Hollow, Our Home and he's been with them since 2015. Their debut album reached No.1 on the UK Metal Album charts as well as top 10 and 20 positions in countries including USA, Canada, Germany and Italy. Since that first album, the band have completed 3 EU headline tours, 2 UK headline tours culminating in four hometown shows all selling out well ahead of time.

He may be an exceptional performer but it doesn't stop there. Whilst in Our Hollow, Our Home Nick found the time to get a BTEC and Degree in Music Production and now teaches students and produces for bands in his home studio, Horizon.

"A lot of people compliment the sound of my kit and I will always recommend Natal to other drummers because they are my kit of choice."