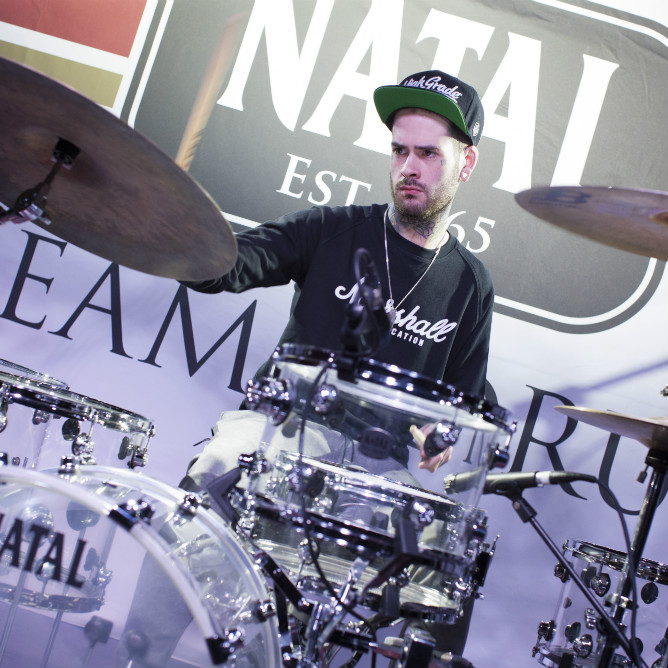 After first seizing the sticks aged 9, Pat Lundy cut his teeth as the drummer for metal band Rise to Remain, before taking over the throne for Funeral for a Friend in 2012 ahead of the release of their sixth album.

Fast-forward to 2014 when Pat joined forces with Modestep, the dubstep rock band famed for their crazed live drums and epic shows, including performing whilst suspended 6500ft above an icy ravine. Takes the ‘great gig in the sky’ to a whole new level eh?

"I’m proud to rep such a historic name in the music business, there’s so much attention to detail with these shells & across all Natal ranges - as well as behind the scenes. I guess the quality of Marshall speaks for itself"