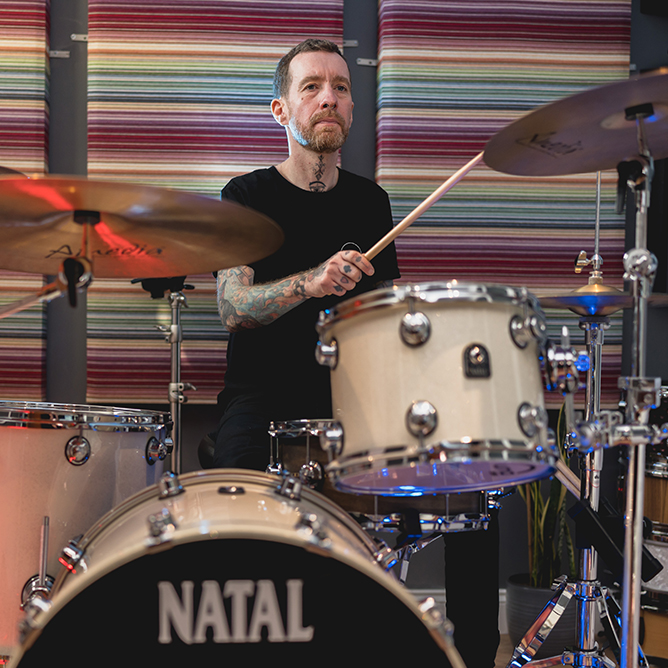 Pete is the full-time drummer for Ducking Punches and Roshambo, whilst juggling a multitude of other bands, musical projects, theatre shows and recording sessions.

Pete first picked up drumsticks at the age of 13 and found a love in the instrument right away. By the age of 14 he was playing live to audiences in a variety of different bands and theatres. By the age of 15 he had already begun to teach others and then at the age of 18 he began his career as a professional musician.

Having the passion, enthusiasm and drive, he has now played thousands of shows around the UK and Europe as well as numerous tours of America. He has played major festivals in the UK including Reading & Leeds, Download, 2000 Trees, Beautiful Days, Camden Rocks and Boomtown as well as some of the best around the world including Punk Rock Holidays (Slovenia) Groezrock (Belgium) Mighty Sounds (Czech Republic) Riez Open Air (Germany) and THE FEST (USA).

Now running a busy and successful studio, The Compound, Pete is in demand as a live/studio session drummer and drum educator.

“Natal produce beautifully crafted drums that look and sound incredible. The passion, enthusiasm and love around this instrument are plain to see and I am proud to be part of this wonderful family.”