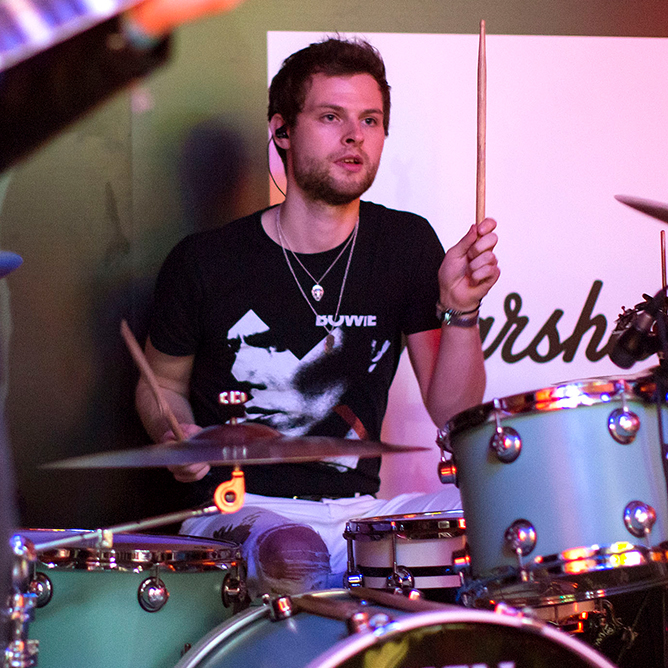 Rich Gartland has been nurturing his obsession with drums and rhythms ever since he can remember and is now the guy who puts the groove into the Bang Bang Romeo sound. Rich learnt to play on anything from table tops to biscuit tins and focussing on the musicality of drumming rather than the chops.

Starting his first official role as a military drummer, he soon realised one snare drum was too restrictive. He chose to concentrate on honing his craft in various guises until finding his perfect position with Bang Bang Romeo and hasn’t looked back since.

"The second I sat behind the kit it felt great. I was blown away by the projection, the power. It was just so easy to get what I wanted from it, and that finish too, stunning."