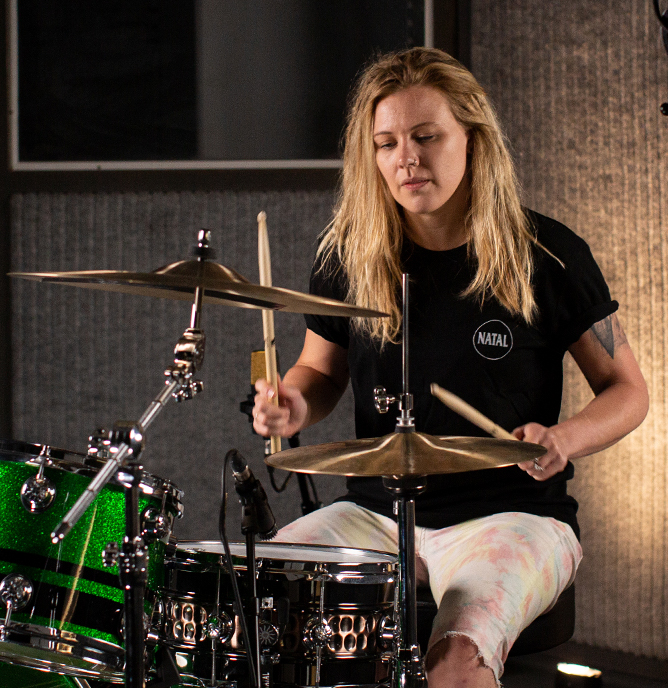 Session drummer Siân is best known as the driving force behind psyche-pop artist She Drew the Gun, though her career has seen her drumming with a range of artists including China Crisis, The Wandering Hearts, Derek Forbes (Simple Minds) and Fink. With an Orchestral percussion and folk family background, Siân’s style has thrived on the UK Country music scene, touring with The Wandering Hearts, as well as TV and festival appearances with Wild Rose star Jessie Buckley. Siân’s independent work has also seen her collaborate with Electronica artists and producers all over the world from Fink to Basshunter, and she is currently working in the studio with Bristol based producer Kayla Painter. Siân plays a Natal maple original series in orange sparkle with The Wandering Hearts and a black and white café racer with She Drew the Gun.

“We’re drummers, we make people move, and groove. We make people dance. My Natal kit delivers this energy with me every night. The drums sing with heart and soul.”