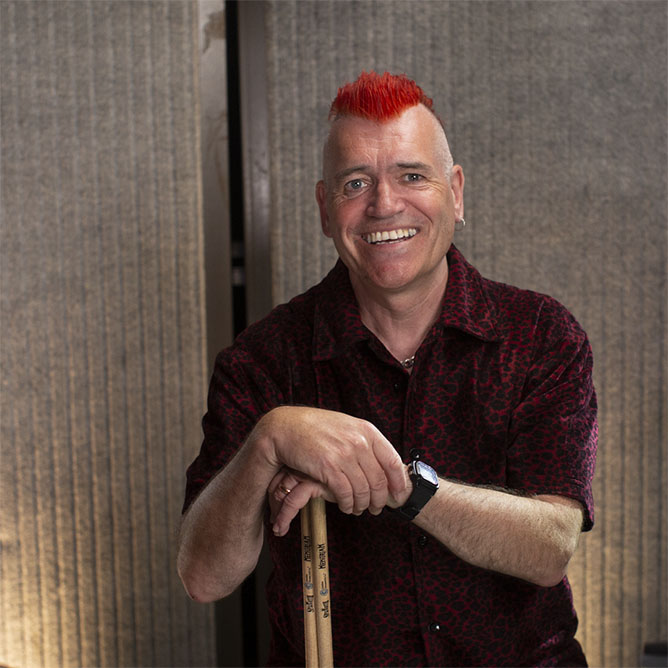 Originally from Wales, Spike has played drums and performed since he was 13 years old. He’s been described by Rhythm magazine “As the British version of American session heavy-weight, Josh Freese”.

"It's not easy to find a set of drums that can respond to the subtle nuances of say Jazz & reggae playing, whilst also being able to take the more extreme versions of hardcore punk & death metal styles that I am often called on to play."