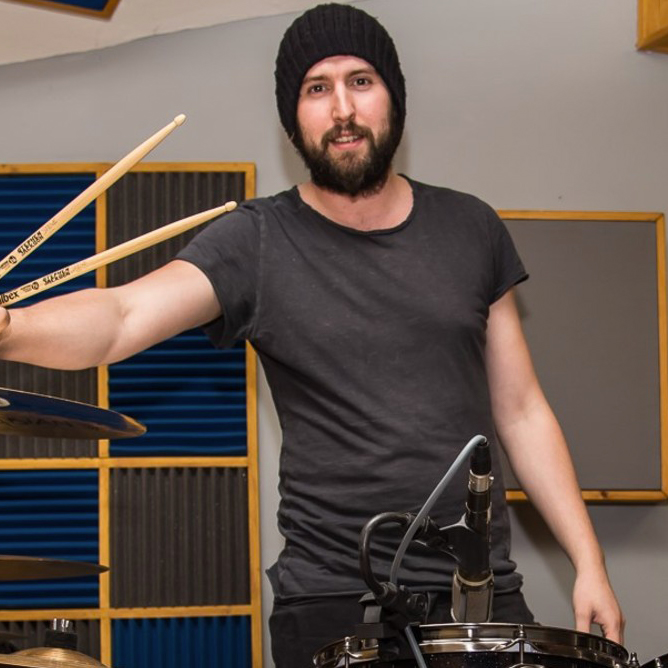 Stephen is based in the Lake District, UK and started playing drums at 10 years old. Along with some friends from school started his first band 'AWOL' in 2002, which continues to play across the north of England. This then lead to the formation of British Rock/Blues band Heartbreak Remedy in 2013 which gave Stephen his first experience touring and travelling playing music alongside some internationally touring acts. He now regularly does live session work with artists from various genres.

"My Natal Split Lacquer Kit not only sounds amazing live and in the studio, it also looks fantastic and always gets attention from other drummers.

I personally believe they are the best kits around."