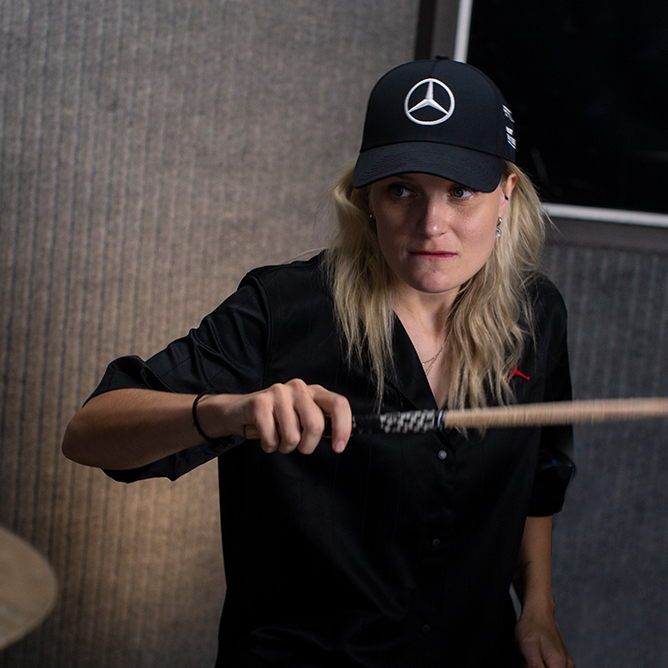 Tor Charlesworth is the drummer of Kent alt-rock band Salvation Jayne who are releasing their highly anticipated debut album ‘A Mouthful Of Magnificent Spite’ in February 2022 followed by an exciting U.K. tour.

Tor progressed from drumming in the small pubs & bars of Dover at jam nights filling in for various local bands, to providing beats behind the kit for freestyle rap nights in Canterbury, and then moving onto drumming with U.K. R&B act Courtney Bennett.

More recently Tor brings creative flare and unpredictable drum patterns to Salvation Jayne who have played numerous shows and supports slots across the U.K. with bands such as Milk Teeth, Saint Agnes & Rews and recorded their debut album at the famous Rockfield Studios in Wales.

“It’s so crazy to be a part of the Natal family! The Walnut kit sounds absolutely huge and looks so classy too. I haven’t felt this comfortable behind a kit in a long time.”