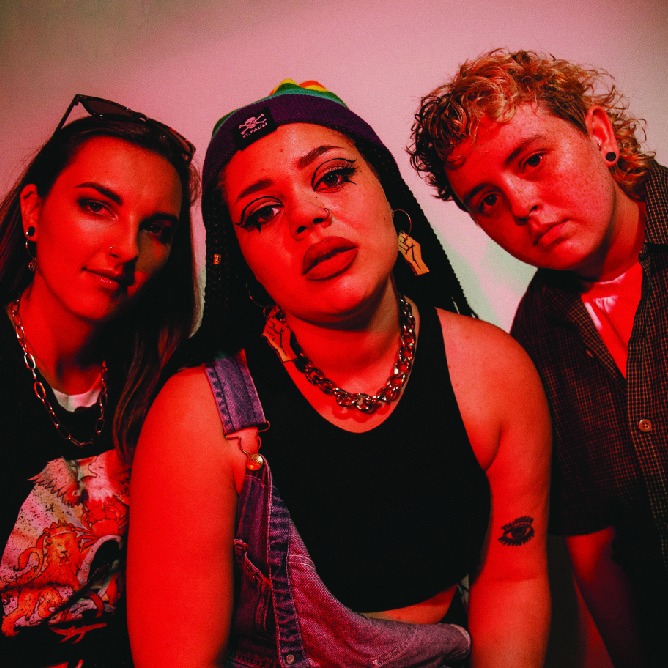 Serving up a zingy, fearless new recipe for pop punk rock, CHERYM are a three-piece from Derry in Northern Ireland with some seriously infectious song writing credentials. Taking influence from The Smashing Pumpkins, Bikini Kill, American Football, PUP and Pixies, the trio formed after meeting in college over a joint love of garage rock, pop punk and a desire to be the biggest band in the world.

CHERYM’s self-released 2018 debut EP Mouthbreatherz, earning them slots at a number of prominent festivals and support roles for notable bands such as local legends And So I Watch You From Afar and Fangclub. They went on to win the ‘Oh Yeah Contender’ award at the NI Music Prize in 2019, which was sponsored by BBC Introducing, and Irish music bible Hot Press tipped them as one of their Hot For 2020 artists in their annual list. In 2021, CHERYM signed with Alcopop! Records and ITB booking agency. CHERYM released their second EP ‘Hey Tori’ in October 2021 and completed a headline UK tour in the same month. They followed this with over 150,000 streams, 8 performances at SXSW and support tours for Nova Twins and The Beths around UK and Europe.

"This is pop punk rock at its very raucous and very best, the enthusiasm just bursts through all the songs."

Julia Mason, God Is In The TV Zine