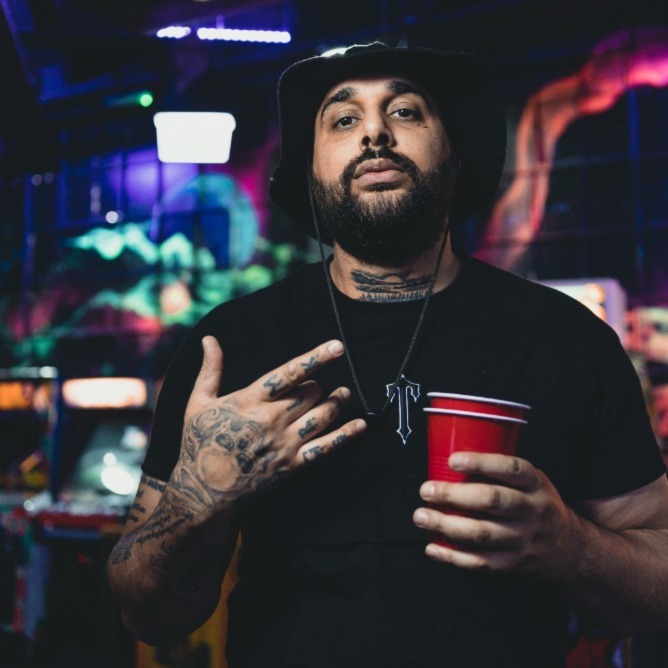 Over recent years Grim Sickers has evolved from being a heavy hitting Grime MC into a fully-rounded artist who has hidden depths to his musical work. The most recent body of work ‘Icons Only’ is reflective of this, as it captures those heavy hitting Grime anthems that initially put the spotlight on him, as well as the laidback flows that encapsulate his passion for Emo-Rap and its surrounding genres.

After touring with The Streets 2 years in a row, making appearances across the globe including major stages such as Glastonbury, Boomtown, Parklife and more, Grim quickly realised the levels that can be achieved with his music. Since then he has been relentlessly releasing content, developing a huge catalogue of music, and he is now embarking on a journey that has no boundaries. The next stop is a new body of work which has been expertly crafted by Grim and his protégés Sware and Gallah. The talented trio have created a unique blend of genres which perfectly showcases Grim’s capabilities allowing him to continue building his legacy and cult following.

"Demonstrating raw flows on 'Froch vs Groves li' and 'My Genna' whilst simultaneously showing his ability to adapt on slow-paced rap tracks like 'Mars', 'To Me' and 'I Wanna', the Swindon raised MC demonstrates that he can do it all!"