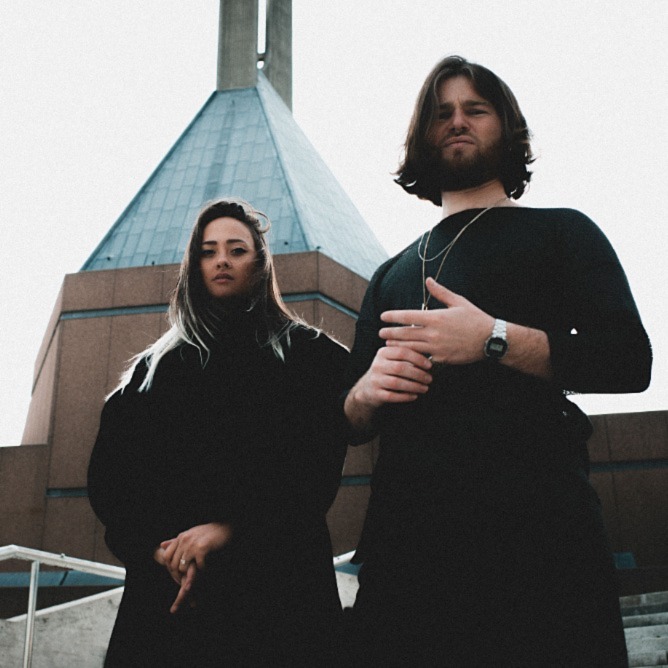 Moving away from the Bristol Alt-Rock scene, Christina Maynard, previously of cult favourites ‘Soeur’, shows off a different side, this time with her long time partner and drummer Jack Hamilton. With keys parts from Geogie Ward, Currently touring with Dua Lipa, the band is set to straddle the rock and pop worlds. This single is the first track from their 6-track E.P. ‘Sink’

After selling out their first Bristol headline show in late 2020 with no material released, the band have continued to build on their grassroots following in Bristol, laying regular supports with bands such as Delta Sleep, Saint Agnes, Keir, Beach Riot, Goan Dogs and many others. Having played Bristol staples Dot To Dot and 80 Trees, the band is already set to appear at Burn It Down Festival and Glastonbury Calling  this year.

A catchy slice of alt-pop that explores the way we focus on our bad habits and relationships for reasons that often feel intangible, Bristol-based duo MASCA have shared their debut single ‘Unsure’.

Kate Crudgington, Get In Her Ears