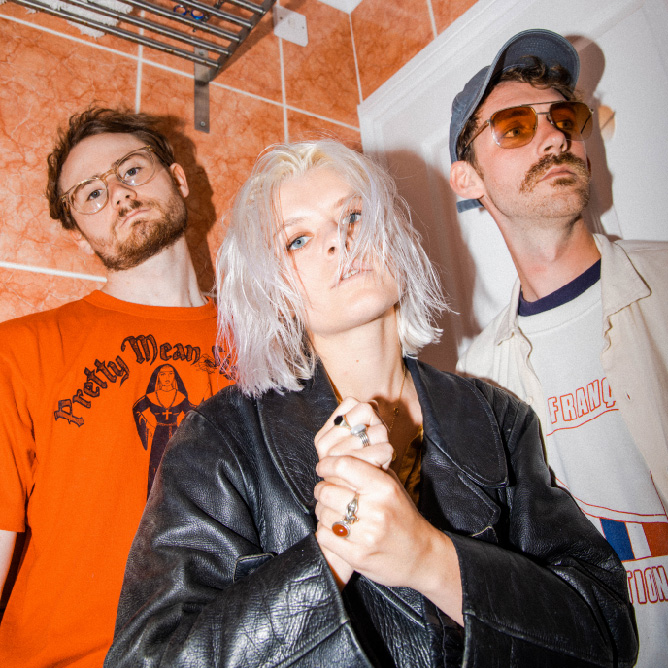 Formed in 2018 PROJECTOR take influence from the lushest alt-pop of the 90's, combined with the full-throttle imprint of artists such as Sonic Youth. The three-piece inhabit a unique space where infectious melodies sit alongside experimental musicality. In 2019 they were the first awardees of PRS & Festival Republic’s Rebalance initiative, and their debut EP ‘How Does It Feel?’ was welcomed by DIY, Clash and Dork, praising its “cinematic noir”, “stabbing urgency” and “visceral grunge pop”.

To date, PROJECTOR’s blistering live show has taken them to a wealth of stages, including Latitude, Great Escape and supports with Cleopatrick, Feeder, Blood Red Shoes, Kid Kapichi, Deap Vally, Tiger Cub Band, The Xcerts. Most recent single ‘hell in my head’ self produced at Lone Star Studio, earned them Spotify and Amazon editorial playlists, including Fresh Finds and Women Who Rock. They tour the UK in Autumn 2022 and fans can expect a debut album in 2023.

"With dark-pop tinged songs like Break Your Own Heart, it’s clear that they about as far as you can get from a KC and the Sunshine band, while still treading the fine line of the pop genre".