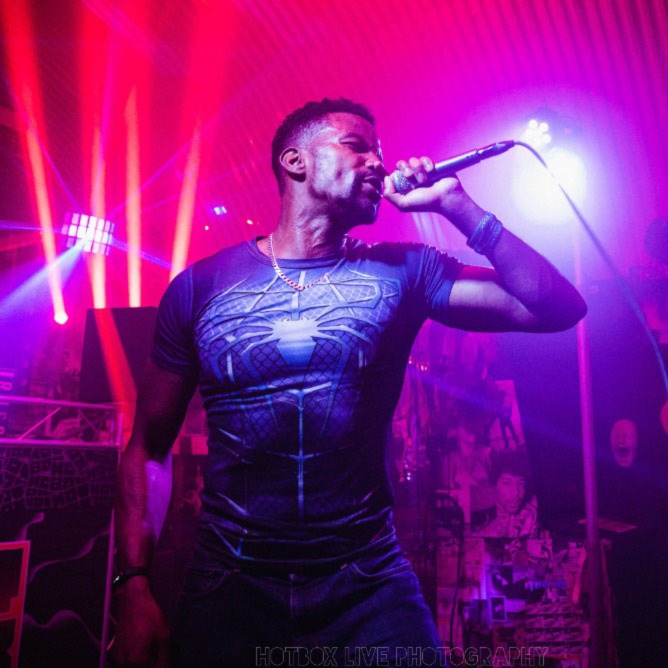 After studying Shaolin Kung Fu with the monks whilst living in China, Shao Dow utilised the tenacity and determination he learnt from his martial arts training to independently forge his music career. It’s little wonder Shao scooped the AIM Award for Hardest Working Artist–he has self-released three albums, created a headphones brand and published a manga book series through his own company, DiY Gang Entertainment.

The London-born artist also appeared on ITV's Ninja Warrior UK and was invited into Parliament to speak on behalf of grassroots music venues across the country. Known to rap in both English and Japanese, Shao is hard to define as just a regular artist. He constantly blurs the lines between anime (Japanese-style animation), martial arts and his own music and has worked with icons such as Sean Schemmel (the voice actor for Goku-Dragon Ball Z) and featured on the first single from Tech N9ne’s latest album.

When it comes to performing live, Shao delivers an unforgettable stage show. Mixing skilful lyricism, infectious beats and Kung Fu, he creates an unparalleled live experience. He has opened for Tech N9ne, R.A The Rugged Man, KRS-One, Stormzy, 6LACK, Skepta and more, has performed at Reading and Leeds festivals and has toured across the UK, Europe and Asia.

“Shao Dow approaches everything he does with the same tenacity and discipline: you wouldn’t bet against him.”